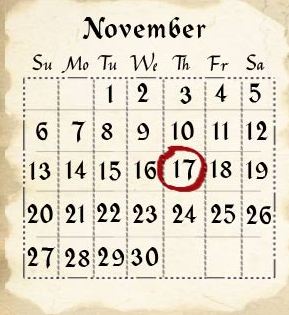 The robot was intended to be used for about three months, but ended up functioning for a full 322 Earth days, traveling about 6.5 miles in the process.  Its mission was to take high resolution, panoramic pictures of the surface of the moon and to analyze the soil, with the ultimate goal being to survey sights that could be used for manned missions, including for landings and building bases.  It was also designed to be used for a radio beacon to help guide manned landings.

The final contact with the Lunokhod 1 was on 13:05 UT on September the 14, 1971. At that point, it had run 25 lunar soil analyses tests and sent back around 20,000 regular quality images and another 206 high resolution panoramas.  It also used its penetrometer about 500 times, testing the strength of the soil, in terms of whether it was suitably firm to build a base on, as well as checking for potential moisture content in the soil.

The robot itself was about 5 1/2 feet long and 4 1/2 high, weighing nearly a ton, with a max speed of 1.2 mph.  It had six total cameras (two for TV, four for panoramic shots), two antennas, a penetrometer, an odometer, an X-ray spectrometer, an X-ray telescope, a cosmic ray detector, a reflector dish, and, as any good robot or spacecraft should, a laser.  Its power source consisted of solar panels and batteries.  It also had a simple radioactive heater, using polonium-210, to keep the robot’s internals warm during the lunar nights.

Interestingly, the exact location of the Lunokhod 1 had been a mystery since that last communication, until March 17, 2010 when Albert Adrakhimov re-located it and the lander.  This is significant because it has been discovered that the Lunokhod’s reflector actually returns more light than any other reflector placed on the moon, so it works better for various experiments.

The Lunokhod 1’s successor, the Lunokhod 2, (and the Lunar 21 lander) is owned by Richard Garriott, who is a gaming entrepreneur.  He purchased the robot for $68,500, stating: “I purchased Lunokhod 21 from the Russians. I am now the world’s only private owner of an object on a foreign celestial body. Though there are international treaties that say no government shall lay claim to geography off planet earth, I am not a government. Summarily, I claim the moon in the name of Lord British!” (Lord British being his gaming alias)