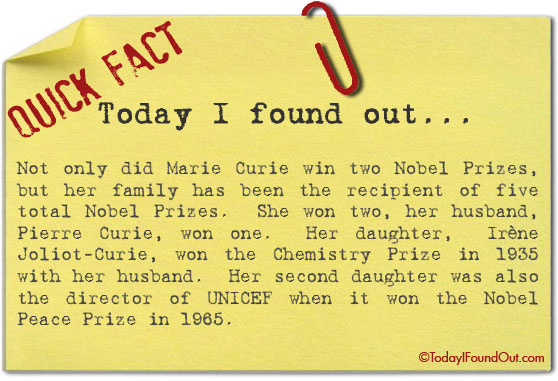 Not only did Marie Curie win two Nobel Prizes, but her family has been the recipient of five total Nobel Prizes.  She won two, her husband, Pierre Curie, won one.  Her daughter,  Irène Joliot-Curie, won the Chemistry Prize in 1935 with her husband.  Her second daughter was also the director of UNICEF when it won the Nobel Peace Prize in 1965.