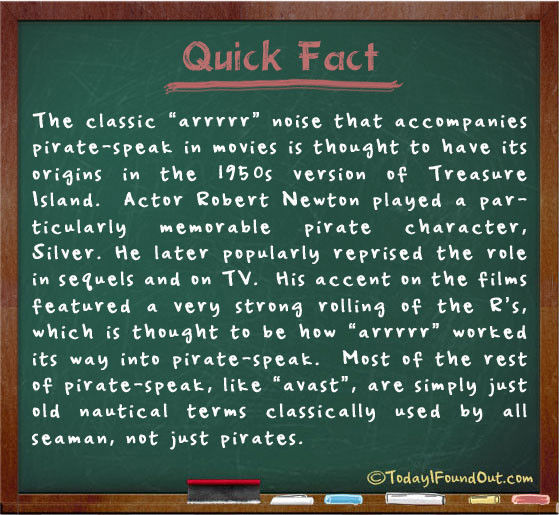 The classic “arrrrr” noise that accompanies pirate-speak in movies is thought to have its origins in the 1950s version of Treasure Island.  Actor Robert Newton played a particularly memorable pirate character, Silver. He later popularly reprised the role in sequels and on TV.  His accent on the films featured a very strong rolling of the R’s, which is thought to be how “arrrrr” worked its way into pirate-speak.  Most of the rest of pirate-speak, like “avast”, are simply just old nautical terms classically used by all seaman, not just pirates.