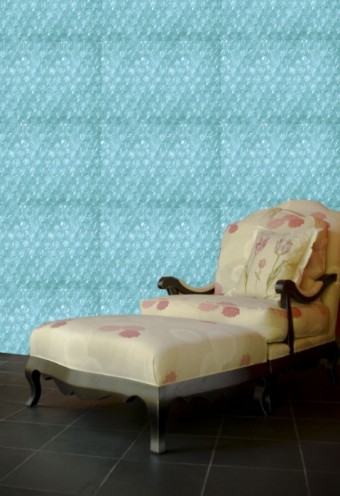 Today I found out bubble wrap was originally designed to be used as wallpaper.

Bubble Wrap was invented by two engineers Al Fielding and Swiss inventor Marc Chavannes in Hawthorne, N.J. in 1957.  The two were not, however, trying to make a product to be used as packaging material. Rather, they were trying to create a textured wallpaper.  They started out by sealing two shower curtains together in such a way that it would capture air bubbles which would make the textured appearance for their wallpaper.  Needless to say, this wallpaper idea didn’t sell too well.

Not to be deterred, they then set about finding another use for their product.  The alternate use they came up with was to use it as greenhouse insulation.  While bubble wrap by itself does create somewhat of an insulating effect, this idea didn’t pan out popularly either.

It was three years after the initial creation of Bubble Wrap that Frederick W. Bowers, a marketer at Sealed Air, which makes Bubble Wrap, finally came up with the perfect use for their product.  On October the 5, 1959, IBM announced their new 1401 variable word length computer.  Bowers got the idea that Bubble Wrap could be used as a good packaging material to protect the computer while it was being shipped.  He then pitched the idea to IBM and demonstrated Bubble Wrap’s protective abilities.  His demonstration went over well and IBM began purchasing Bubble Wrap to protect their 1401 and other fragile product they sold and shipped.

From those humble beginnings, the company has grown to annual sales of around $4 billion with a net profit of around $255 million.  For reference, about 10% of Sealed Air’s revenue comes from Bubble Wrap, so around $400 million worth of Bubble Wrap is sold annually.