As a Teen, The Change-Up Actor Jason Bateman Appeared in Little House on the Prairie, Knight Rider, Silver Spoons, and Mr. Belvedere

This is a Sponsored post written by me on behalf of The Change-Up for SocialSpark. All opinions are 100% mine. 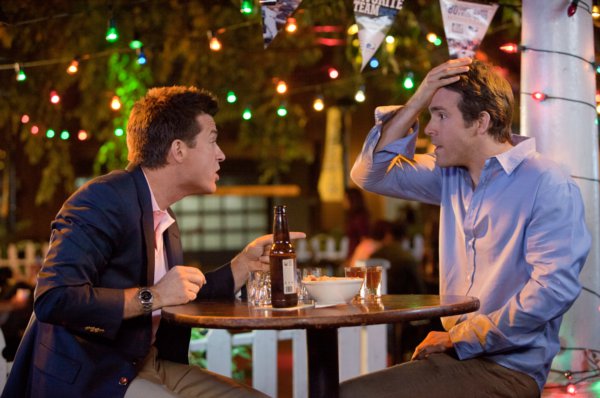 Today I found out, as a teen, The Change-Up Actor Jason Bateman appeared in Little House on the Prairie, Knight Rider, Silver Spoons, and Mr. Belvedere.  He also appeared in the TV show Valerie, which was later renamed The Hogan Family.  While on that show, he also became the youngest director in the Director Guild of America’s history, directing three episodes at the age of 18.

Bateman’s big break as an adult actor came when he was cast in the staring role of Michael Bluth, in the critical acclaimed show Arrested Development in 2002, in which Bateman won several awards including a Golden Globe award, among others.

Bateman is currently staring in The Change-Up, which comes out August 5th, where he and Ryan Reynolds play two former best friends who get together to catch up on each other’s lives only to switch places after peeing in a fountain of the Greek goddess of wisdom, Metis, and stating they wished they had the other person’s life: Bateman’s character being a lawyer who’s married with three kids and Reynold’s character being a barely employed guy whose principle hobby is chasing women.

The Change-Up also stars Olivia Wilde and Leslie Mann and is directed by David Dobkin, who, among other things, directed Wedding Crashers and Shanghai Knights. It is written by Jon Lucas and Scott Moore, who also wrote The Hangover, among other things.

tagged with the change-up movie