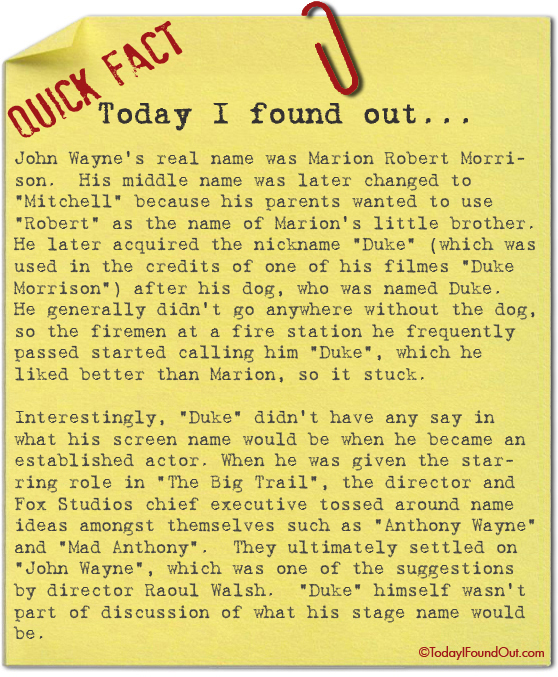 John Wayne’s real name was Marion Robert Morrison.  His middle name was later changed to “Mitchell” because his parents wanted to use “Robert” as the name of Marion’s little brother.  He later acquired the nickname “Duke” (which was used in the credits of one of his filmes “Duke Morrison”) after his dog, who was named Duke.  He generally didn’t go anywhere without the dog, so the firemen at a fire station he frequently passed started calling him “Duke”, which he liked better than Marion, so it stuck.

Interestingly, “Duke” didn’t have any say in what his screen name would be when he became an established actor. When he was given the starring role in “The Big Trail”, the director and Fox Studios chief executive tossed around name ideas amongst themselves such as “Anthony Wayne” and “Mad Anthony”.  They ultimately settled on “John Wayne”, which was one of the suggestions by director Raoul Walsh.  “Duke” himself wasn’t part of discussion of what his stage name would be.