Before the 20th Century, Apples Were Rarely Eaten 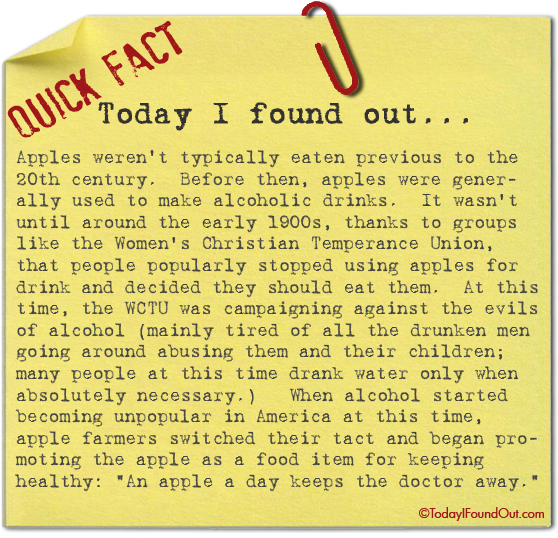 Apples weren’t typically eaten previous to the 20th century.  Before then, apples were generally used to make alcoholic drinks.  It wasn’t until around the early 1900s, thanks to groups like the Women’s Christian Temperance Union, that people popularly stopped using apples for drink and decided they should eat them.  At this time, the WCTU was campaigning against the evils of alcohol (mainly tired of all the drunken men going around abusing them and their children; many people at this time drank water only when absolutely necessary.)   When alcohol started becoming unpopular in America at this time, apple farmers switched their tact and began promoting the apple as a food item for keeping healthy: “An apple a day keeps the doctor away.”