Where the Word “Mouse” Comes From 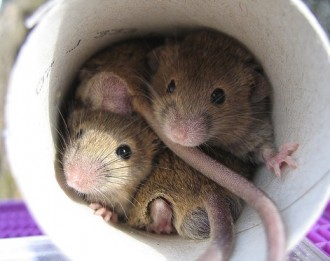 Today I found out where the word “mouse” comes from.

The Ancient Romans then used the word “mus” to refer to rodents and would distinguish between mice and rats only by “big” and “little” (“Mus Maximus”, big mouse, and “Mus Minimus”, little mouse).

The word “mouse” eventually was adopted to refer to a computer pointing device in the 1960s, with the first documented instance of this being in Bill English’s 1965 “Computer-Aided Display Control” publication.  Two years previous to this publication, English had assisted Douglas Engelbart in creating a computer pointing device invented by Engelbart.

Engelbart and English named this pointing device a “mouse” because the original device had the cord coming out of the back of the mouse, which they thought resembled a tail.  In addition to naming the device a mouse, they also named the cursor a “bug”, but this latter name for a cursor never caught on like “mouse” did for the device itself.