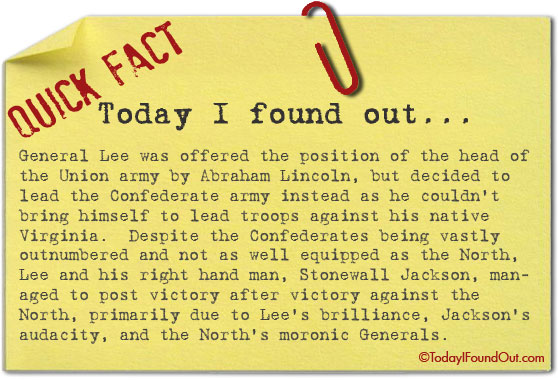 General Lee was offered the position of the head of the Union army by Abraham Lincoln, but decided to lead the Confederate army instead as he couldn’t bring himself to lead troops against his native Virginia.  Despite the Confederates being vastly outnumbered and not as well equipped as the North, Lee and his right hand man, Stonewall Jackson, managed to post victory after victory against the North, primarily due to Lee’s brilliance, Jackson’s audacity, and the North’s moronic Generals.