The Effects of Scurvy 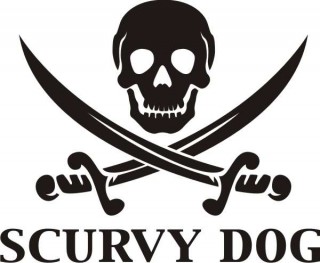 Yar me maties, today I found out what be causing scurvy.

Like most people, I already knew that scurvy is caused by a lack of vitamin C and that it was a major problem aboard ships out to sea for a good length of time and is still somewhat of a problem in places where people are malnourished.  But I previously had no idea what the actual symptoms of scurvy are and why it should be such a life threatening thing; indeed, untreated scurvy is fatal, though if you ever find you have scurvy, all that’s required to cure it are healthy doses of Vitamin C.

So what are the major signs of scurvy; I’m glad you asked:

Ya, scurvy is pleasant apparently.  Luckily for adults, it will typical take several weeks and possibly even a couple months for a Vitamin C deficiency to cause symptoms of scurvy.  In babies and children, this is not the case.

So what’s really going on here?  How does the loss of one little amino acid in your system cause such a systemic problem in your body?  Simply speaking, ascorbic acid, Vitamin C, is not only important for our immune system, but also is important for the proper development of connective tissues; *warning: medical nerdery ahead* it’s also important for lipid and vitamin metabolism, bio-synthesis of neurotransmitters, and wound healing.

For those who don’t know, “lipid” is just a name for a broad group of hydrophobic or amphiphilic small molecules, such as  fats and fat-soluble vitamins (such as Vitamins A, D, E, and K) among others.  So from that, already you can see why a lack of Vitamin C would create a variety of problems in your body, if nothing else by diminishing your ability to metabolize several some other important vitamins and fats.  Oh but it gets better and much more serious.

Another principal problem caused from a lack of Vitamin C is the inability to properly develop collagen in your body.  Collagen is quite literally the glue that holds you together; from your muscles (makes up about 1-6% of your muscle tissue, depending on the specific muscle) to scar tissue; to your skin (one of the principle things along with keratin that gives your skin strength and elasticity); also gives bones some elasticity and strength (without it bones are quite brittle); it strengthens blood vessels; is essential in your eye and lens; plays an important role in weight management (hydrolyzed collagen); the list goes on and on and on.

*Warning: EXTREME medical nerdery ahead for the benefit of my paramedic brother who was curious about this; for everybody else, skip to the bonus factoids, because seriously ;-)*  What’s going on here is Vitamin C is required as a cofactor for prolyl hydroxylase and lysyl hydroxylase; these enzymes need an Fe2+ ion to be present.  The problem being, that Fe2+ is unstable and will oxidize very easily.  Vitamin C though, which is a water-soluble antioxidant, will end up keeping the Fe from going to the more stable 3+ form, rather keeping it at the required 2+ form.

So bottom line, without the Vitamin C, the collagen can’t synthesize properly which in turn affects all the stuff collagen is in, which is pretty much most of your body.  If the collagen development is impaired, effectively, you’re screwed (eventually).  Not only would this eventually cause a lot of the symptoms of scurvy and eventual death, but after you died from cardiac failure (remember the collagen in your muscles?), your body wouldn’t even be good for making premo-jello jigglers. (if you got this far you probably already knew that jello is made from collagen, right? … yummy)

And then of course if all these above problems aren’t enough, there is the problem with the lack of vitamin C affecting the biosynthesis of neurotransmitters, which are chemicals that relay, amplify, and modulate signals between neurons and another cell (ya, that’s not important at all and yes, I looked up that definition).  Without vitamin C, many essential conversions in synthesizing some of these neurotransmitters can’t take place and thus your body can’t synthesize them.

So bottom line, go eat some oranges, cause seriously… seriously.

*note: this article was by request.  if there is anything you’d like to know, feel free to send me an email and if I think it’s something worth doing an article on, I’ll write it up.