Violin Strings Were Never Made Out of Actual Cat Guts 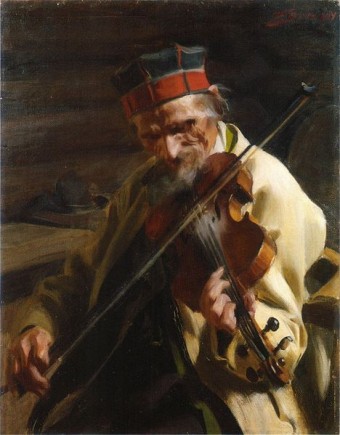 Myth: Violin strings were once made out of cat guts.

Violin strings were not made out of actual cat guts. Catgut is (and was) made from the walls of various animal intestines though. Generally sheep or goat intestines are preferred, but occasionally other intestines are used, such as intestines from pigs and cows. This practice of making strings and cord from animal intestines can be found going all the way back to the Ancient Egyptians, who revered cats, by the way. Both the Ancient Egyptians and catgut makers all the way up to today tend to prefer making these cords and strings from herbivorous, rather than carnivores, like cats.

So if catgut was never made from actual cat intestines, where did the name come from? One theory is that it came from “cattle-gut” and was eventually shortened down to just “catgut”. An equally plausible argument is that it derived from “kit-string” also known as “kit-gut”, a “kit” being a fiddle.

Another theory, which is probably dubious, is that makers of these strings in the 17th century chose the word to fool people into thinking the strings were actually made from catgut, thus, protecting their trade secrets.