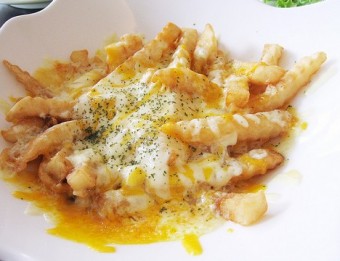 Today I found out about the history of French fries.

Exactly who introduced these golden strips of goodness to the world isn’t entirely known.  Among the various theories, it’s generally accepted that the French fry was invented by either the Belgians or the French.

Potatoes were first introduced to Europe not through the French or Belgians, but through the Spanish.  In 1537, Jimenez de Quesada and his Spanish forces encountered a village in Colombia where all the natives had fled.  Among other things, they found in the native’s food stuffs potatoes, which the Spanish initially called “truffles”.

Around 20 years later, potatoes were brought back to Spain and also introduced to Italy.  At this time, the potatoes were still quite small and bitter and didn’t grow well in either Spain or Italy.  However, over time, larger and less bitter versions of the plant were cultivated and the plant gradually caught on elsewhere in Europe, though it was initially met with quite a bit of resistance (for more on that, see the bonus facts at the bottom).

In any event, historical accounts indicate that the Belgians were possibly frying up thin strips of potatoes as early as the late 17th century (though some claim it wasn’t until the late 18th century) in the Meuse Valley between Dinant and Liège, in Belgium.  How they supposedly came up with the idea was that, in this area, it was very common for the people to fry up small fish as a staple for their meals.  However, when the rivers froze up thick enough, it tended to make it somewhat difficult to get fish.  So instead of frying up fish in these times, they would cut up potatoes in long thin slices, and fry them up as they did the fish.

Giving some credence to this story is that the Spanish controlled much of what is now modern day Belgium at the time the Spanish introduced the potato to Europe.  So, at least, the Belgians probably were among the first to have a crack at the potato, in terms of thinking up ways to prepare food from potatoes. 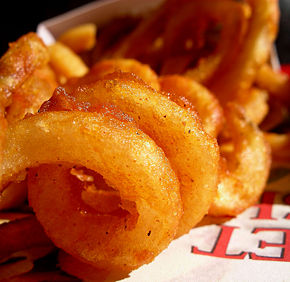 Now to the French argument: the popularity of the potato in France is largely credited to a French army medical officer named Antoine-Augustine Parmentier, who very famously championed the potato throughout France and parts of Europe. During the Seven Years War, Parmentier was taken captive and, as a part of his prison rations, was given potatoes.

At this time, the French had previously used potatoes only for hog feed and never ate them.  The reason being that they thought potatoes caused various diseases.  In fact, in 1748, the French Parliament even banned cultivation of potatoes as they were convinced potatoes caused leprosy.  However, while in prison in Prussia, Parmentier was forced to cultivate and eat potatoes and found the French notions about the potato just weren’t true.

When he came back to France, Parmentier began championing the potato as a potential food source.  Finally, in 1772, the Paris Faculty of Medicine proclaimed that potatoes were edible for humans, though Parmentier still encountered significant resistance and wasn’t even allowed to grow potatoes in his garden at the Invalides hospital where he worked as a pharmacist.

Parmentier then began a more aggressive campaign to promote the potato in France, hosting dinners featuring potatoes with such notable dignitaries as Benjamin Franklin, Antoine Lavoisier, King Louis XVI, and Queen Marie Antoinette.  He also would hire armed guards to surround his potato patch, to try to convince people that what was in the patch was very valuable.  He would then tell the guards to accept any bribes they were offered by people and let them “steal” the potatoes.  In the end though, it took a famine in 1785 for the potato to become popular in France.

Once the French accepted the potato though, its popularity skyrocketed in France. By 1795, potatoes were being grown on a very large scale in France, including at the royal gardens at Tuileries, where the gardens were converted into potato fields.  Within that span of time, the French either invented or learned to make fries.  Once discovered/invented French fries became extremely popular in France, particularly in Paris, where they were sold by push-cart vendors on the streets and called “frites”.

Now, it should be noted that this all happened in the late 18th century, which was as much as 100 years after some people say the Belgians were supposedly already making “French” fries. But by other arguments, this all happened around the same time for both the French and the Belgians. So who knows?

It should also be noted that, shortly before the potato became popular in France, the Franco-Austrian war was going on (also known as the War of Austrian Succession), much of which took place around modern day Belgium.  So it’s possible that the French soldiers were introduced to fries by the Belgians at this time and, a couple decades later when the potato became popular in France, these former soldiers then introduced the preparation method to the rest of France.  Or it’s possible the French came up with the idea on their own and spread them to Belgium around the same time; or that both came up with the idea independently. 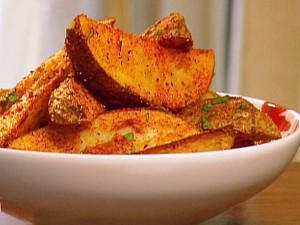 Whatever the case, it was the French who seem to be the ones that spread fries to America and Britain and it, in turn, was the Americans, through fast food chains, that eventually popularly introduced them to the rest of the non-European world as “French fries”.  Ironically, because of this latter spread by American fast food chains, in many parts of the non-European world, “French fries” are more often than not known as “American fries”.