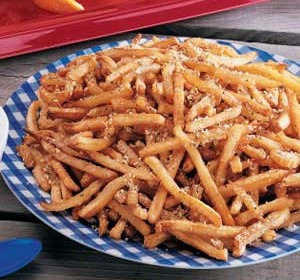 Today I found out about the history of French fries. Exactly who introduced these golden strips of goodness to the world isn’t entirely known.  Among the various theories, it’s generally accepted that the French fry was invented by either the Belgians or the French. Potatoes were first introduced to Europe not through the French or Belgians, but through the Spanish.  […]