The Color of the Background Preceding Movie Trailers Actually Means Something 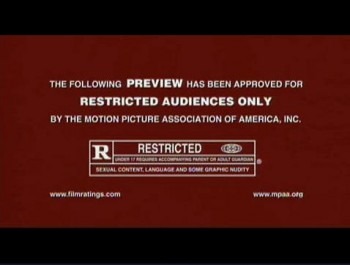 Today I found out the color of the background preceding movie trailers actually means something.

There are three colors you might see preceding each movie trailer, red, yellow, and green.  The specific regulations surrounding what can be shown in the preview for each of these rating cards are set by the MPAA, though the rules are not publicly made available.

Probably the most commonly seen one is the green rating card.  Before April of 2009, a green background meant that the preview was approved for all audiences.  Since April of 2009, the MPAA now states that the green card is for “appropriate audiences”.  This basically means it is appropriate for audiences in theaters, taking into account what movie the audience is about to watch.