Muscle Does Not Turn to Fat if You Stop Exercising 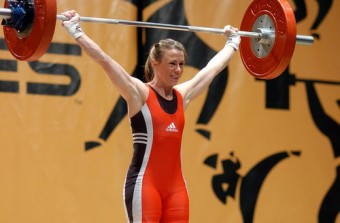 Myth: Muscle turns to fat when you stop exercising.

Muscles and fats are made up of very different types of cells that have completely different functions. Skeletal muscles get larger when a person exercises primarily from hypertrophy; in other words, the person isn’t gaining more muscle cells (which would be hyperplasia), rather, the ones they have are just getting bigger, with more filaments and the like being developed within the cells to accommodate the more challenging demand on them.

After a person quits exercising, the muscle cells aren’t going away and somehow managing to morph into fat cells; rather, they are simply shrinking. This allows the body to conserve energy when a person’s daily activities don’t require as much muscle mass; muscle cells take quite a bit of energy to maintain (resting caloric usage of 13 Calories per kilogram per day).

The myth that muscles turn to fat when a person stops exercising probably stems from the fact that people who body build or otherwise exercise quite a bit, who then stop exercising, tend to start looking a little squishy around the edges. There are a few different things that contribute to this, but primarily, it all comes down to caloric intake.

Specifically, people who exercise regularly tend to accustom themselves to eating quite a bit more food than people who maintain a relatively healthy body weight without exercising. Once they stop exercising though, they instantly lose the need for the calories used during their workouts, which is often quite significant.

It gets worse though. Over time, as their body loses muscle mass, their body needs significantly fewer calories even when they aren’t working out. As noted before, resting skeletal muscle cells burn approximately 13 Calories per kilogram per day or around 6 Calories per pounds per day. So they’ll even see quite a difference there while they’re just sitting around doing nothing.

So bottom line, people who exercise regularly who suddenly stop, tend to gain fat quickly because they don’t adjust their food intake to compensate for their decreased caloric needs, not because muscle cells are somehow turning into fat cells.