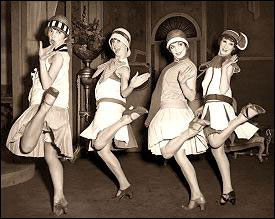 This all started out in the 1920’s; a simpler time where Jazz was swell; the Soviet Union was in its infancy; Robbert Goddard became the first rocket man; and the world only existed in black and white…

In this bustling time, radio was the Bee’s Knees.  On the radio was a series of serials aimed at women aired during the day time.  Dames thought these were the cat’s meow and ate up every second of them.  The radio networks themselves decided they needed to think up ways to make more clams off these shows and so came up with the idea of getting companies to sponsor the episodes.

Now these dolls were no dumb Doras, so the radio networks sought to match the advertisements closely with their target audience to get a good response.  This campaign hit on all sixes and made these shows extremely profitable.