March 22, 2014 Daven Hiskey
This is a weekly wrap of our Daily Knowledge Newsletter. You can get that newsletter for free here. 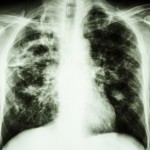 Originally, of course, nobody knew what caused the various forms of tuberculosis, and they certainly didn’t understand it was caused by what would eventually be called tubercle bacillus (usually the offending microbes are specifically Mycobacterium tuberculosis). The word “tuberculosis” was coined by Johann Lukas Schönle in 1839, from the Latin “tuberculum,” meaning “small, swelling bump or pimple.” However, it wouldn’t be until 1882 when Dr. Robert Koch discovered the tubercle bacillus, for which he won a Nobel Prize in 1905, that the name “tuberculosis” began being exclusively used to refer to the disease formerly popularly known… (more) 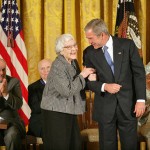 The book, which was Lee’s first and only published novel, was heralded as an “instant classic” when it was published in 1960, and it is a staple in high school classrooms today. But it might not exist at all if it hadn’t been for a kind benefactor who helped to support Harper Lee while she wrote the story. Lee knew that she wanted to be a writer after developing an interest in English literature in high school. After graduation, she attended Huntingdon College in Montgomery, Alabama, where she focused on writing. However, a transfer to the University of Alabama saw a switch to a law degree—no doubt in an attempt to do something that was potentially more lucrative—before turning her sights back on writing… (more) 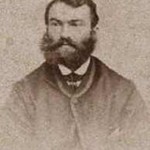 Parkinson’s disease is a movement disorder characterized by tremors or shaking, with this particular symptom of the progressive disease resulting from dopamine generating cell death in a part of the substantia nigra region of the brain . The disease was named after James Parkinson, a doctor, who wrote about it in 1817 in his 66-page paper, An Essay on the Shaking Palsy. While his essay was important in the study of the disease, it had been around for a very long time, with recorded instances of it going back pretty much as long as humans have been… (more) 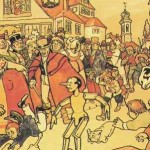 You probably already knew that Disney has a habit of taking dark, twisted children’s fairy tales and turning them into sickeningly sweet happily-ever-afters. Take Sleeping Beauty for example: it’s based on a story where a married king finds a girl asleep, and can’t wake her so rapes her instead.  The 1940 version of Pinocchio is no exception. The movie is based on a story that appeared as a serial in a newspaper called The Adventures of Pinocchio, written in 1881 and 1882 by Carlo Collodi. Jiminy Cricket appears as the Talking Cricket in the book, and does not play as prominent of a role. He first appears in chapter 4… (more) 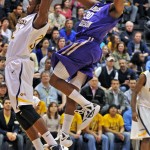 “March Madness” first struck high school basketball players in Illinois in 1908. According to the website of the Illinois High School Association (IHSA), a high school boys basketball tournament with only eight teams began in March of 1908. Though it wasn’t termed “March Madness” at this point, the IHSA credits this as the first official “March Madness.” The tournament was won by Peoria High School when it defeated Rock Island High School 48 to 29. Eleven teams were supposed to participate in the tournament, but three teams “failed to appear.” By 1920, there were sixteen teams playing in the tournament. It became a “statewide institution”… (more) 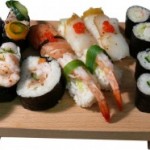 Sushi is not raw fish, that’s sashimi. Sashimi is just sliced raw fish, sometimes dipped in sauces and sometimes served with sushi.  Sushi is any food dish consisting of vinegared rice, usually served with some other toppings, but not always. It happens to often be served with various types of sea food, either cooked or raw, and perhaps even a mix of the two; but that tradition simply comes from the primary food staples of the locations where sushi originated (not Japan, by the way). Sushi can be served with just about any toppings or none at all. The variety of sushi served with raw sea food… (more) 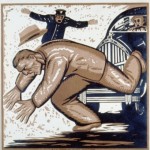 For those not familiar with this term (i.e. many people outside of the United States), jaywalking is when, “A pedestrian… crosses a street without regard to traffic regulations.” (OED)  For instance, depending on where one lives, it may be against the law to cross a street where there is a crosswalk nearby, but the person chooses not to use it.  Alternatively even at a crosswalk, it is often illegal to cross if there is a “Don’t Walk” signal flashing or the like. Contrary to popular belief, the term jaywalking does not derive from the shape of the letter “J” (referencing the path a jaywalker might travel when crossing a road).  Rather, it comes from the fact that “Jay” used to be a generic term for someone who was an idiot, dull, rube, unsophisticated, poor, or… (more) 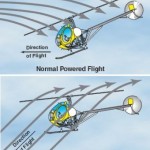 Myth: Helicopters will drop like a rock when the engine shuts down. In fact, you have a better chance at surviving in a helicopter when the engine fails than you do in an airplane. Helicopters are designed specifically to allow pilots to have a reasonable chance of landing them safely in the case where the engine stops working during flight, often with no damage at all.  They accomplish this via autorotation of the main rotor blades. Further, when seeking a helicopter pilot’s license, one has to practice landing using this no-power technique.  When practicing, instead of actually shutting the engine off completely though, they usually just turn the engine down enough to disengage it from the rotor.  This way, if the student encounters a problem during a no-power landing, the helicopter can be throttled back up to avoid an accident. Given that this isn’t an option… (more) 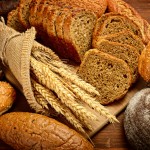 The Truth About Gluten