Hollywood Medical Myths Part 3: You should put a bite block in the mouth of someone having a seizure. 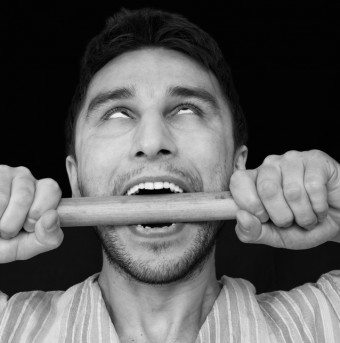 Seizures seem to be an ailment that befalls numerous actors in everything from movies to television shows. Whether it’s the condition that leads to their immediate death on screen, or just a reaction to some dramatic situation, the quivering usually leads to the same thing- someone trying to put a bite block, like a wallet or stick, in the mouth of the person who’s having the seizure. This is presumably to keep the person from either “swallowing” their tongue (not possible), or biting it. The truth is that you should never put anything in the mouth of someone who is having a seizure.

Seizures, in and of themselves, aren’t generally something that cause a person much or even any harm. Usually it’s the reason the person had the seizure, or an injury that results from seizure convulsions that cause a person injury- bite blocks being one cause of potential serious injury.

There are several different types of seizures and they can be caused by numerous things, such as high or low body temperatures (hyper/hypothermia) and blood sugar levels (hyper/hypoglycemia); abnormalities in electrolytes; low oxygen levels (hypoxia); and trauma to name a few. If a person has a seizure from the most common cause, epilepsy, their doctor will usually say it’s not necessary to seek treatment if the seizure lasts less than 5 minutes.

Almost all treatments for a medical problem come with complications and or risks. Whether or not you get treated with something specific, a doctor will weigh the risks vs. benefits to decide if the treatment is appropriate. That very mindset is at the heart of why you should never put any type of bite block in anyone’s mouth that’s having a seizure. To understand why, let’s look at the benefits vs. the risks.

The presumed benefit of a bite block is to keep the victim from swallowing their tongue, or to keep them from biting it.

Like this supposedly good seizure treatment, the first problem is also a myth that occasionally pops up in movies or on TV. It’s impossible for a person to swallow their tongue, at least in the sense meant here. You could, of course, choose to cut it off and eat it, but barring that, your tongue’s not going to get stuck down your throat.

The tongue, like every muscle in your body, is attached. Specifically, it attaches itself to the hyoid bone, mandible, styloid processes, and pharynx. One of these attachments, a handy little mucus membrane known as your frenulum linguae, keeps your tongue from folding backward too far, thus, unable to be swallowed. Yes, even during a seizure.  Further, if the person is lying on their back and happens to be one of the exceptionally few individuals where the combination of tongue length and location where the frenulum linguae attaches makes it possible for the tongue to fall back into the airway somewhat, the problem doesn’t require any special tools to fix.  Just roll the person onto their side and the tongue will flop over.  Gravity works!  Even in these cases, the person’s not going to be able to somehow swallow their tongue, getting it stuck in their throat as is often portrayed.

The second problem of the victim biting their tongue is real. Should the person get their tongue or cheeks between their chompers as they clamp down like a crocodile on zebra flesh, it will most definitely cause some damage- damage that’s acceptable considering the risks of trying to prevent it. Let’s talk about those risks.

As stated before, there are many different types of seizures, caused by abnormal electrical activity in the brain. Focal seizures are localized to one specific area of the brain. Depending on what area of the brain is affected, the victim can have a wide range of symptoms. Petite mal seizures usually last only several seconds and can also have a wide range of symptoms. Sometimes during a seizure, there is no abnormal muscle activity at all. The victim will simply “stare” off as if in some sort of trance. The type that usually gets portrayed in the movies is known as a generalized tonic-clonic seizure.

Tonic-clonic seizures usually involve abnormal electrical activity throughout the brain resulting in extreme muscle rigidity and violent contractions. The person may also become incontinent, losing control of their urine and bowel function. As you might imagine, all of this excessive movement is quite taxing on the body. Like a “Cross-fit” workout from the pages of a Navy SEAL handbook, these seizures can sometimes have the victim taking extremely deep breaths, and often leave them extremely tired afterward.

The risks of putting any bite block in the mouth of a person having a tonic-clonic seizure far outweigh the benefit of preventing a bitten tongue or cheek. The first risk is to the rescuer. Try pulling open the person’s mouth to get something between their teeth and you might end up on YouTube with the video going viral because your finger was bitten off.

The second problem is to the person experiencing the seizure. Numerous seizure patients have lost teeth due to “helpful” citizens placing hard objects in their mouths during the seizure. Further, due to how hard some seizure patients can potentially breathe on occasion, those teeth may become aspirated and end up in their lungs. The object that’s placed in the mouth, might itself be bitten in half, also potentially resulting in aspiration. In either case, choking to death on teeth and sticks is far worse than a lacerated tongue. Treatment for any medical ailment shouldn’t result in death. I’m pretty sure that’s against doctors’ “do no harm” oath.

Now that we’ve dispelled the myth of bite blocks, let’s talk about what you should do in case you come across someone seizing in this fashion.

First, remove any dangerous objects that might injure them- glasses on their face, sharp objects in their pockets, guns on their hips, that sort of thing. Second, pad around the person to keep them from striking any hard objects nearby. If you can, place a pillow or folded soft jacket under their head to help protect them from hitting it against the ground. Third, place the person on their side. This could be difficult during the seizure, so you might have to wait until they’re done convulsing.

By placing them on their side, this will allow any vomit or other fluids to drain out on the ground, while simultaneously keeping their airway open. Lastly, after the seizure, most people have an altered mental state and can do unpredictable things. Try and keep them from doing anything that might hurt themselves, like running into traffic!

In the end, this Hollywood myth is one you should never try. Unless of course you want to explain to the paramedics why the seizure patient is now choking on part of the pen you placed in their mouth. If you think no one would be that dumb, think again. I have personally seen that on calls I’ve gone on. 🙂