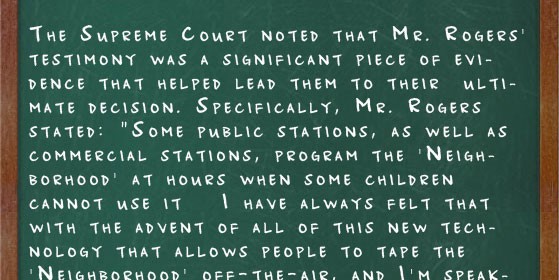 Mr. Rogers famously didn’t mind if people recorded his show with a VCR, arguing for people’s right to do so in a 1979 case Sony Corp. of America v. Universal City Studios, Inc.  At the time, it was being argued by the opposition that this constituted a copyright infringement.  Mr. Rogers was one of the few involved in television that […]