A “Heart Attack” and “Cardiac Arrest” are Not the Same Thing 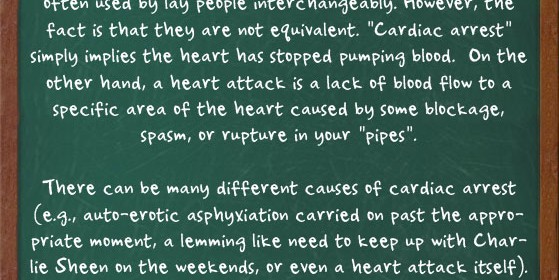 END_OF_DOCUMENT_TOKEN_TO_BE_REPLACED

A Cocoon and a Chrysalis are Not the Same Thing 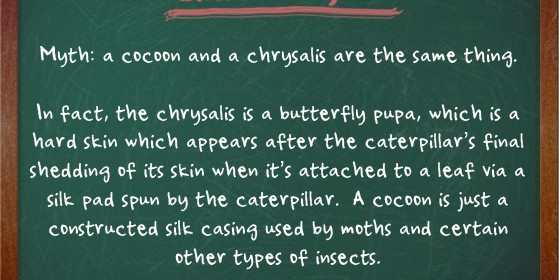 Myth: a cocoon and a chrysalis are the same thing.  In fact, the chrysalis is a butterfly pupa, which is a hard skin which appears after the caterpillar’s final shedding of its skin when it’s attached to a leaf via a silk pad spun by the caterpillar.  A cocoon is just a constructed silk casing used by moths and certain […]

END_OF_DOCUMENT_TOKEN_TO_BE_REPLACED 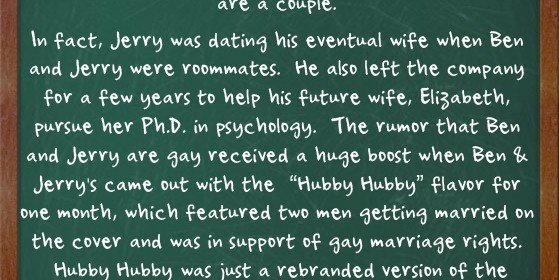 Myth: Ben and Jerry, from Ben & Jerry’s Ice Cream, are a couple. In fact, Jerry was dating his eventual wife when Ben and Jerry were roommates. He also left the company for a few years to help his future wife, Elizabeth, pursue her Ph.D. in psychology. The rumor that Ben and Jerry are gay received a huge boost when […]