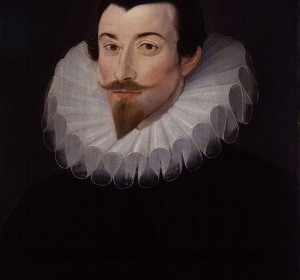 Today I found out why the toilet is sometimes called a “John”. The term is thought to derive from Sir John Harrington or, at the least, to have been popularized due to Harrington. (There are a few references of the toilet being called “Cousin John”, as well as many references to it being called “Jake” and other such generic names, […]