Are Nintendo Products Really More Durable Than Other Consoles?

April 2, 2020 Karl Smallwood
Kassy17 asks: Why are Nintendo consoles so much much more durable than any other system? 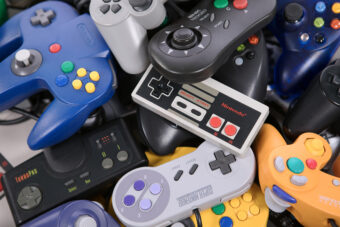 Nintendo has a surprisingly long history that extends all the way back to the the late 19th century. Originally named “Nintendo Koppai”, the small business based in Kyoto was started by Fusajiro Yamauchi and originally produced Hanafuda Cards. For those unfamiliar, these are simple playing cards that are used to play multiple games – much like the more common standardized 52 playing card sets. (And if you’re wondering about the name, it’s generally thought that it comes from the Japanese name “Nintendou”, roughly translated “Nin” means “entrusted” and “ten-dou” means “heaven”, so basically “leave luck to heaven”.)

However, today, of course, the company is arguably best known for the series of gaming consoles it has produced over the years, many of which are rumored by fans to be practically indestructible.  In fact, numerous videos exist online of people subjecting Nintendo devices to a host of extreme tests in an effort to test the limits of their legendary longevity. As a result we have examples like a Gamecube surviving being hit by a sledgehammer, NES cartridges surviving being run over by cars or put through a washing machine, and even a 3DS surviving being set on fire.

All of this has led to a legend that speaks of a rare element known simply as Nintendium. The exact properties of this mysterious element vary from source to source but it is generally described as being hugely durable and virtually impervious to damage. Nintendo supposedly discovered this element in the early 1980s and have since used it in every console they’ve ever produced, leading to them possessing similar levels of durability.

While there’s no such thing as Nintendium in real life- or at least so Nintendo wants their competitors to believe- the fact that consumers came up with such a rich and bizarre narrative in an attempt to explain how Nintendo consoles are seemingly so much more hard-wearing than the consoles of its competitors speaks volumes about the durability of their products. While we initially figured that many of the rumors surrounding the longevity of Nintendo consoles were the product of nostalgia, weirdly it seems that the company really does make products that are noticeably more sturdy than many of its rivals.

Exhibit A: Perhaps the most famous example of Nintendo product longevity is the so-called “Gulf War Game Boy“, named because it reportedly survived being hit by a bomb during the Gulf War. The Game Boy itself is currently on display at the Nintendo World Store in New York and according to a small placard placed below it, it was found amongst the rubble of a bombed out military barracks in 1991 by a soldier who was astonished to find it still worked. The Game Boy was subsequently gifted to Nintendo who connected it to a charger and put it on display in the newly constructed store in 2005.

According to the expose in Nintendo Power Magazine on this little device, with the exception of the attached charger, which is necessary for the device to power on because its battery pack is melted shut, the device possess 100% of its original parts. Interestingly, it can only play one game, Tetris, because the cartridge was fused to the console by the heat in the blast. Still, not bad for a charred hunk of technology designed and built in the 1980s.

So how do they do it? When it comes to designing its products, Nintendo is known for subjecting all of their wares to extensive, occasional extreme stress tests. While it’s true that all manufacturers will submit new products to routine stress tests to ensure they comply with safety guidelines, Nintendo is known for going above and beyond what the minimum guidelines require.

Due to the fact Nintendo is notoriously secretive about how it develops and tests it products, there are a number of somewhat humorous rumors online, detailing bizarre tests Nintendo supposedly subjects new products to, including throwing them off buildings and setting them on fire. Beyond rumor, according to the book, Nintendo Magic, which offers a rare look into how the actually company operates behind the scenes, Nintendo subjects many of its products to tests that are representative of potential hardships they could run into during everyday use. For example, the Nintendo Wii underwent numerous redesigns until it could reliably support 80 kilos (slightly more than the average weight of a fully grown man) for a minute without damage. This way, it wouldn’t break if accidentally stepped on by an adult, since Nintendo were aware that younger users might keep the console on the floor where such an eventuality was an inevitability.

Similarly, when it came to the Nintendo DS, Nintendo’s late CEO, Satoru Iwata, told the hardware design team that the device wouldn’t be considered for mass production until they came up with a design for the device that could consistently survive being dropped from a height of 1.5 metres, 10 times in a row without being damaged. Iwata’s reasoning was as follows: “If a kid puts a game console in the basket of their bicycle, then has to make a sudden stop, the console can come flying out – and it’s not going to land on carpet.”

On top of this, the device was also subjected to routine stress tests that included having each of its buttons pressed thousands of times to simulate a lifetime of play and being buffed for hours to test whether it could hold up to being removed from a persons pocket hundreds of times. It was also stress tested by being left in various extreme environments from cold, hot to ultra humid for lengthy periods to make sure the device will retain its reliability no matter where it’s played on Earth.

Moving on, when the company was developing the follow up to the Nintendo DS, the Nintendo 3DS, they were similarly adamant that the device be able to survive a comparable amount punishment, while simultaneously being more ergonomically designed (to address a common complain about the original DS console). To make the device more ergonomic, the design department gave the 3DS tapered edges, that made it easier to hold. However this had the inadvertent effect of making the device weaker, structurally speaking, since it was now far more likely to land on a single edge if dropped. Unperturbed, Nintendo told its design team to keep the tapered look, but figure out how to make it stronger, without raising costs or making the device more difficult to produce.

According to Hironori Akai, a member of Nintendo’s Research and Engineering department, when he initially heard this brief, he believed that creating such a device on a mass scale would be “impossible” since it was seemingly demanding contradictory things- a device that was simultaneously of high quality, solid construction, and low cost. In the end, Akai was able develop a new “type of high rigidity nylon with glass fiber in it” that was suitably strong enough to survive a drop when applied in a thick enough layer to the device’s outer shell.

This all segues nicely into a rather telling quote from Iwata about Nintendo’s philosophy when it comes to design. According to Iwata, Nintedo as a company “shares a common element with Apple’s philosophy” in that they both try to produce simple, straight forward technology that appeals to everyone. Iwata stressed, however, that where Apple and Nintendo differ is that, “we won’t hesitate to choose making something more durable over making it 0.5 millimeters thinner.”

Finally, along with subjecting their products to more in depth and diverse stress tests than many of its competitors, Nintendo is also known for supporting its products long after they’ve stopped selling them. For example, Nintendo didn’t officially stop offering repairs and replacement parts for the original Japanese Famicom console (released in 1983) until 2007, because they ran out of spare parts. The same can be said for Nintendo’s other legacy systems, which the company continued to support well into the 2000’s until they similarly ran out of replacement parts to offer consumers.

So while Nintendo products may not be truly indestructible, they can reliably be expected to endure most anything they could possibly be subjected to during every day use and then some, because the company knows and prepared for the eventuality that some of its customers will occasionally get drunk and drop their Game Boy out of a window.