Could the Tyrannosaurus Rex Really Not See You If You Didn’t Move? 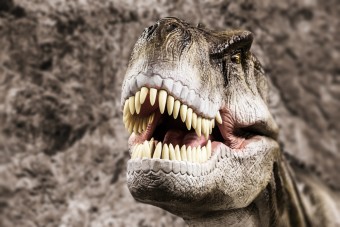 In this episode of The Brain Food Show, we start out with a follow up to a previous episode in which we mentioned Teddy Roosevelt likely helped delay the start of WWI, but then never actually said in that episode how.

Next up we discuss whether the Tyrannosaurus Rex could really not see you if you didn’t move as depicted in Jurassic Park, as well as a few other interesting Jurassic Park factoids.

Then we get into a little podcast feedback and finish up by discussing the interesting thing that would have actually happened in Finding Nemo when Nemo’s mother died had it been more accurate.

And if you’re wondering why we aren’t announcing the winner of the contest in this one, it’s because we recorded this one before the Caesar series over a month ago and simply completely forgot about it… So it’s a little behind the times. 🙂