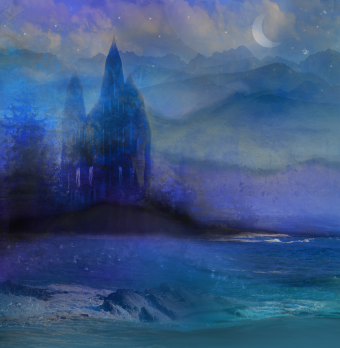 How did people in ancient times remember things when they had no computers, books, or even paper? The only way they could: in their heads, where they created a special place for information to reside.

Mnemonics is any system of mental touchstones that helps you to retain larger amounts of information. (The word comes from Mnemosyne, the Greek goddess of memory.) A mnemonic device can be as simple as a word, such as “HOMES,” to remember the names of the Great Lakes: Huron, Ontario, Michigan, Erie, and Superior. Or a song, such as Rodgers and Hammerstein’s “Do Re Mi” (“Doe, a deer, a female deer / Ray, a drop of golden sun / Me, a name I call myself….), through which many people learned Do Re Mi Fa So La Ti Do, the notes of the musical scale. One of the most elaborate mnemonic devices ever devised was the memory palace, an intricate, often beautiful way to store information in “rooms” of the mind.

HIS HEAD WAS HERE…

The person credited with inventing the concept of mnemonics was the ancient Greek poet Simonides of Ceos. Some time in the 5th century B.C., Simonides’ incredible abilities regarding memory were revealed when he was a witness to a great catastrophe: He had just left a banquet where he had recited a poem for the crowd when the building collapsed. According to legend, the corpses were so badly mangled that no one could be recognized. Yet Simonides supposedly remembered the exact location and specific details about every guest at the banquet and was able to identify them to their relatives for burial.

From this experience, Simonides devised a system in which he memorized images—or mental pictures—as if he could see them in a particular place, in a specific sequence, so that they could be recalled later, exactly as they had appeared in real life. At a time before pen and paper were readily available, he had to rely on his visual sense, improving his memory by “storing” things in his mind as if he were writing them down. This system of mnemonics came to be called memoria loci (literally, “memory locations”), or “memory palaces.”

To build a memory palace, you need mental places and images.

If there’s more you want to remember, you can create more places in your mind. If a room becomes cluttered, knock out a back wall, and build another room. Add a staircase or furniture. The place is essentially a blank page in a notebook, and each new idea you want to write down takes the form of an image. You can use any combination of rooms and objects as long as you commit the details to memory. And you do this by observing specific rules, like following the same order every time you “walk” through the memory palace.

Simonides and his contemporaries used memory palaces for very high-minded concepts, but to get the idea of how they work, we’ll use a more common example. Say you have an acquaintance whose name and birthday you can never remember. Her name: Ginger Weinhardt. Her birthday: March 17.

Walk into your memory palace, and then walk down the hall and into the room you have reserved for remembering people’s names. (Yes, you do have one.) You have the walls in the room divided into 26 sections—one for each letter of the alphabet. When you get to the room, turn to the right (that’s one of the “rules” that will help you next time you use the memory palace) and walk to the section marked “G.” Now put a picture of your friend Ginger on the wall—and below that, imagine a gingerbread man. Really look at the picture. See her face and all the details of her face…and do the same with the gingerbread man. Keep them in that room, and you’ll be able to go back to it any time and say, “Ginger! That’s her name!”

Put a shelf on the wall next the picture, and put a glass of wine on it—right next to an actual beating, bloody heart. (Remember: Vivid images work the best.) Wine…heart…Weinhardt! That’s her name! Now put a calendar and some “marching” toy soldiers on a shelf next to the beating, bloody heart. Put 17 marching toy soldiers on it for “March 17.” Now you’ll remember her birthday, too.

The trick, as you might have noticed, is repetition. If you picture the scenario we just created only once, you might remember it, but then after a while you’ll probably forget it. If you really want to develop the skill, you have to walk through your memory palace and look at all the things you’ve placed in it on a regular basis. After repeated use you’ll be surprised at how simple and natural it is to walk through the palace to remember things.

Memory palaces aren’t commonly used today, but in ancient times they were, and by some of history’s greatest scholars. Greek philosophers like Aristotle and Plato believed it was as important to strengthen the memory as it was to strengthen the body. Memory was a significant part of rhetoric—the classical art of speaking and writing effectively. Nowadays we have books, CDs, databases, and other recording media, but in ancient Greece and Rome the study of language was an almost completely oral exercise. To be able to persuade and influence an audience took a great deal of skill. It was an art for which one needed talent, discipline, and practice. Here’s how the memory palace was used through history.