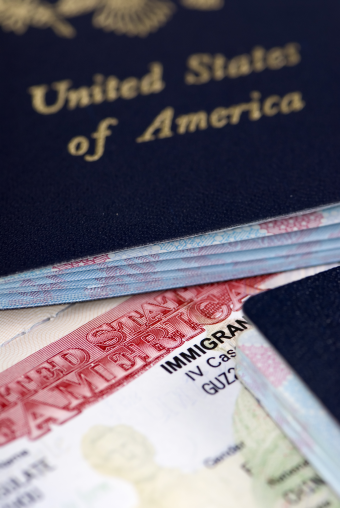 Question: How many intelligence agencies does the U.S. have? Let’s see…there’s the CIA, the FBI, the NSA, and maybe…the DEA—that’s four, right? Wrong. How many do we really have? NONE OF YOUR BUSINESS! Just kidding. Correct answer: 17. Here’s the history of the whole—mostly secret—business.

In January 1790, President George Washington, in his first State of the Union address, asked Congress for funding for foreign intelligence gathering. The president wanted to ward off any foreign threats against the new nation by learning about them before they could come to fruition. Congress approved Washington’s request and established the Contingent Fund of Foreign Intercourse, more commonly known as the Secret Service Fund. Amount of money appropriated for the fund: $40,000 per year, which the president could use at his own discretion with virtually no oversight. (That set the foundation for future problems between the executive and legislative branches of the U.S. government over intelligence matters—problems that have existed ever since.) Within just three years, the fund had grown to $1 million a year. Funding for U.S. intelligence operations today is about $70 billion a year. (That we know of, anyway.)

Here’s a brief look at how we got here.

For the first 70 years of the country’s existence, the Secret Service Fund was the closest thing the United States had to an “intelligence agency”—although it was just a fund, not an agency. And use of the fund quickly expanded from simple intelligence gathering to…other areas. Some of the fund’s more memorable uses during this time included:

The first formal intelligence agency in the United States was organized in early 1863, about two years into the Civil War, when the Union army established the Bureau of Military Information (BMI). Both sides had engaged in intelligence activities, especially the use of scouts and spies, from the start of the war to gather information on enemy troop movements. But those efforts were poorly organized and had inconsistent results.

The BMI changed all that. Under the leadership of its first chief, George H. Sharpe, a New York lawyer, linguist, diplomat, and volunteer army colonel, it became a true, almost modern, intelligence-gathering unit. The agency employed roughly 70 full-time scouts (both military and civilian), ran spy rings, intercepted mail and other communications, developed code-writing and code-breaking operations, and ran interrogation programs. Perhaps most important, Sharpe set up units to organize gathered information into promptly delivered reports for military commanders in the field, as situations unfolded around them.

Through such actions, the BMI is credited with improving the Union army’s intelligence operations and in playing an important part in several key Civil War battle victories. The unit was, however, still a temporary wartime program and was disbanded at the war’s end in 1865.

In the years after the Civil War, the attentions of war-weary Americans turned toward rebuilding the country and away from things involving the military. Result: the size of both the army and navy diminished drastically. (How drastically? In 1865 the U.S. Navy had a force of more than 700 ships and 50,000 sailors. By 1880 that number had decreased to about 50 operable ships, almost all of them Civil War relics, and 6,000 sailors. The army was similarly affected, and much of the remaining force was serving in the remote American West, engaged in the ongoing Indian wars.) Then, in the early 1880s, people began to notice a disturbing trend. While the size and state of the U.S. military had declined, other nations—particularly Great Britain, France, Russia, and Japan—had been building, modernizing, and improving their armies. This presented obvious potential dangers to the United States. What’s worse, the U.S. government was unable to reliably track these developments because its intelligence-gathering operations were once again decentralized, unorganized, and impossible to make sense of.

But that was about to change.

In 1881 President James Garfield appointed William H. Hunt Secretary of the Navy, and the state of the U.S. Navy—and U.S. intelligence operations—would never be the same. Hunt pushed Congress to provide funding for a long-term expansion and modernization program for the navy. The following year Hunt ordered the formation of what became known as the Office of Naval Intelligence (ONI)—the first permanent, official intelligence agency in American history. It was a far cry from agencies of the future: for the first 10 years of its existence, it averaged only 10 employees. (Two notable Naval Intelligence officers: former Supreme Court justice John Paul Stevens and Washington Post reporter Bob Woodward, famous for his role in exposing the Watergate scandal.)

In 1885 the U.S. Army followed the navy’s lead and formed its own intelligence unit—the Military Information Division (MID). And over the next few years the two branches developed the attaché system, wherein navy and army attachés were stationed in American embassies in foreign capitals, ostensibly as representatives of the U.S. military. But in reality, they were ONI or MID officers, and they were there to gather intelligence on the militaries of the nations in which they were stationed. The attaché system continues today.

Both the ONI and MID grew quite slowly over the next several years. Then, as the century drew to a close, everything changed again. What happened? War.

In the 33 years between 1865 (the end of the Civil War) and 1898, the United States took part in just one military conflict outside North America. And that was the one-day overthrow of the Kingdom of Hawaii in 1893, which resulted in one wounded person. Over the next 50 years there were only about five years in which the U.S. was not involved in at least one conflict around the world. These conflicts included the Spanish-American War in the Caribbean and the Philippines (1898), the “Banana Wars” in Central America (1898–1934), the Boxer Rebellion in China (1899–1901), and World War I (1917–1918) and World War II (1941–1945) in Europe, Africa, the Middle East, Asia, and other locations.

The turn of the 20th century was when the modern intelligence agency came into being. Here’s what their chief duties were and still are.

In the early 20th century, U.S. intelligence activity grew enormously, and by the end of World War II the government employed tens of thousands of people across numerous organizations. Key events from this period:

Unlike what happened at the end of previous wars, intelligence agencies did not shrink at the end of World War II. The U.S. immediately found itself enmeshed in the Cold War with the Soviet Union, which included the Korean War (1950–1953) and the Vietnam War (1955–1975).

Result: the size and the scope of American intelligence agencies (along with those of the Soviet Union and other nations) expanded again. Most significantly, the OSS was broken into two different agencies—the Bureau of Intelligence and Research, which served the State Department and still exists today, founded in 1945, and the Central Intelligence Agency (CIA), founded in 1947.

This era was also marked by increasing—and, critics claim, excessive—secrecy around anything having to do with these agencies. One such agency, the National Reconnaissance Office, was created in 1960 but wasn’t officially acknowledged as even existing until 1992.

It’s important to note that even at this time, the president still had control of U.S. intelligence activities. Congress, although granted its first nominal oversight duties upon the creation of the CIA in 1947, had only one real function in regard to America’s intelligence agencies: signing off on the secret budgets that funded them. This led to problems.

Starting in the early 1970s, the intelligence agencies were rocked by a series of revelations about how they’d abused their power. It was reported that the FBI had conducted widespread illegal spying and infiltration operations against domestic political organizations since the 1950s; that the NSA had spied on civil rights leaders, including Martin Luther King Jr. and boxer Muhammad Ali; and that the CIA had been secretly opening and reading Americans’ mail on a massive scale and on a regular basis since the 1950s. The reports also revealed that the CIA had taken part in the violent overthrows of foreign governments and had assassinated or attempted to assassinate foreign leaders.

The fallout from the revelations led to a string of congressional investigations and the passage of several laws restricting the actions of intelligence agencies. In the mid-1970s, both the U.S. House of Representatives and the Senate formed permanent committees dedicated to the oversight of intelligence activities. This was the first time in the nation’s 200-year history that Congress got a real foothold in the American intelligence world.

But that didn’t slow down the agencies. From the 1970s onward, they continued to grow, both in size and number, despite continued tension with Congress. (The CIA’s torture program under President George W. Bush and domestic surveillance practices under Presidents Bush and Obama are just a few of the latest of such controversies.)

Today there are 17 separate U.S. intelligence agencies, all united under one umbrella organization called the U.S. Intelligence Community, or IC for short. They are overseen by the Director of National Intelligence, who reports directly to the president. The 17 agencies include several you’ve probably never heard of, such as the CGI—Coast Guard Intelligence (they’ve been around since 1915 and have intelligence duties revolving around the nation’s maritime systems); the previously mentioned NRO—the National Reconnaissance Office (their work involves the use of spy satellites); and the United States Cyber Command, or USCYBERCOM (formed in 2009 to handle cyberspace security issues, such as protecting against hacking by foreign governments).