How Large is a Barrel of Oil and Why Do We Measure It That Way?

April 22, 2014 Melissa
Sue T asks: Why do we measure oil in barrels instead of gallons or liters? How much oil is in a barrel? 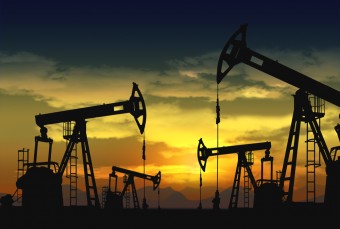 More than just gasoline for our cars, crude oil is transformed into an infinite variety of products we use every day – from personal products like shampoo and lotion, to food preservatives and fertilizers, to the plastic bags and packaging that are ubiquitous today.

A Barrel of Oil

One barrel contains 42 gallons of crude oil from which, in the U.S., typically 19 gallons of gasoline are produced. In California, “additional other petroleum products such as alkylates” are added to the crude to create a “processing gain,” such that:

The total volume of products made from crude oil based origins is 48.43 gallons on average – 6.43 gallons greater than the original 42 gallons of crude.

According to the California Energy Commission, each barrel of crude oil yields products as follows:

Why Oil is Measured in Barrels

The market for crude oil really took off after Abraham Gesner began distilling kerosene in 1846. This lamp oil became very popular and as demand increased, so did the need for the crude oil it was derived from. The first successful drilled oil well (previously, it was all gleaned from “natural seepage”) was in Titusville, Pennsylvania in 1859.

In the mid-1800s, all liquids that needed a tight container of any size were stored in wooden barrels. Skilled coopers (barrel makers) had been producing watertight 42-gallon wooden barrels since Richard III set the size of a tierce of wine at 42 gallons in 1483-1484. However, to catch the oil booming from the new wells in Titusville, early producers were using any watertight container they could get their hands on, including “wooden tierces, whiskey barrels, casks and barrels of all sizes.”

Nonetheless, the size of the container quickly became standardized around the 42-gallon barrel, due to practical considerations:

A 42-gallon tierce weighed more than 300 pounds – about as much as a man could reasonably wrestle. Twenty would fit on a typical barge or railroad flatcar. Bigger casks were unmanageable and small were less profitable.

By 1860, in Pennsylvania the 42-gallon barrel had become standard. Because Pennsylvania was at the forefront of the early oil boom, its practices were soon adopted across the country.

In 1872, 42 gallons became the standard for the Petroleum Producers Association and in 1882, the U.S.G.S. and the U.S. Bureau of Mines adopted the standard as well.

Bulk oil shipping – placing the oil in the cargo holds of ships – had been used since the 1870s, as had “cylindrical railroad tank cars.” By 1883, oil tankers were being built with bulkheads to stop the free-flowing oil in the holds from sloshing and potentially causing the ships to capsize.

In the 1950s, in response to the closing of the Suez Canal, larger tankers that could more efficiently transport oil around the Cape of Good Hope were needed, and so the supertanker was born, and by 1958, ships that held about 700,000 barrels were being used to transport crude oil.

As of 2011, the largest supertankers, the TI Europe and the TI Oceania, were able to carry over 3,000,000 barrels of oil in a single voyage.

Pipelines were being used to transport crude oil from the beginning of the oil boom in the 1860s, but not until the early 1900s, when demand for petroleum greatly increased, were pipelines built across the country:

During the 1920s, driven by the growth of the automobile industry, total U.S. pipeline mileage grew to over 115,000 miles.

Early pipelines brought crude oil from “the prolific fields in Texas, Oklahoma and Kansas to the refineries in the East,” and with the increased migration of Americans across the West, the pipelines moved in that direction as well.

It would connect with existing pipelines to refineries on the Gulf Coast. The U.S. segment would be 875 miles long, running through Montana, South Dakota and Nebraska. The 36-inch diameter line could carry up to 830,000 barrels of oil per day.