This Day in History: January 28th 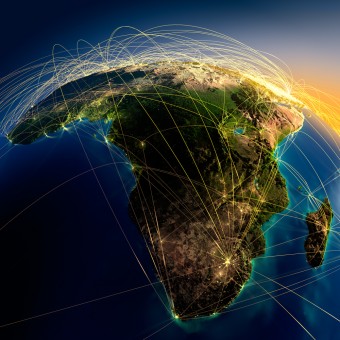 The USA for Africa project was inspired by Bob Geldolf’s Band Aid, a group comprised of British superstars such as Bono, Bananarama, Sting, and George Michael. They had a monster hit with “Do They Know It’s Christmas?” just months earlier, which raised $8 million for famine relief. The idea for an American version was first bandied about by Harry Belafonte, and through mutual business associations, Quincy Jones, Lionel Richie and Michael Jackson became involved with the project.

When the more than 45 American musical superstars turned up on January 28, 1985 at A&M Recording Studios in Hollywood, California to participate in the recording of “We Are the World,” a song penned by Jackson and Richie, they were greeted by a sign on the studio entrance instructing them to “Please check your egos at the door.” They were also welcomed by Stevie Wonder, who announced if the recording wasn’t accomplished in a single take, he and Ray Charles would be driving everyone home.

Prince didn’t have to worry about leaving his ego at the door, as he never walked through it in the first place. It was rumored that a duet had been worked out for him and Michael Jackson to sing, but Prince refused, stating he never recorded with other artists (Um, Sheena Easton?)

There were also whispers that Bob Geldolf had called the Purple One a creep, and he didn’t take kindly to it. In any case, he did contribute an exclusive track to the “We Are the World” album.

John Oates of Hall and Oates describes his experience recording the song as:

It was really interesting and unique. Who knows, it may never happen again in history. You have some of the world’s greatest singers in one room. We ran the song down once. The next thing you knew they ran the tape back and it was goosebump time. It was an amazing experience.

Huey Lewis of Huey Lewis and the News, who got a solo line to sing because Prince turned the opportunity down, recalls:

I was a lucky son of a bitch to be there. Thank God I had a lot of hit records, because I wouldn’t have been there any other way.

Not everyone was as enthused as Oates and Lewis however. Billy Joel told Rolling Stone magazine in 2005 that:

Most of us who were there didn’t like the song, but nobody would say so. I think Cyndi Lauper leaned over to me and said, ‘It sounds like a Pepsi commercial.’ And I didn’t disagree.

Journalist Greil Marcus even went so far as to say of the song,

…the constant repetition of ‘There’s a choice we’re making’ conflates with Pepsi’s trademarked ‘The choice of a new generation’ in a way that, on the part of Pepsi-contracted song writers Michael Jackson and Lionel Richie, is certainly not intentional, and even more certainly beyond the realm of serendipity…

‘We Are the World’ says less about Ethiopia than it does about Pepsi—and the true result will likely be less that certain Ethiopian individuals will live, or anyway live a bit longer than they otherwise would have, than that Pepsi will get the catch phrase of its advertising campaign sung for free by Ray Charles, Stevie Wonder, Bruce Springsteen, and all the rest.

Snarkiness aside, the record won Grammys for Record of the Year and Song of the Year, and, much more importantly, raised over $60 million (closer to $100 million when adjusted for inflation), 90% of which went to helping certain poverty stricken nations in Africa including supporting over 70 development projects in areas such as agriculture and water management, as well as direct “band-aid,” one-off, support of food, clothing, and the like. The other 10% went to supporting American homeless programs.

We are the World Song Facts