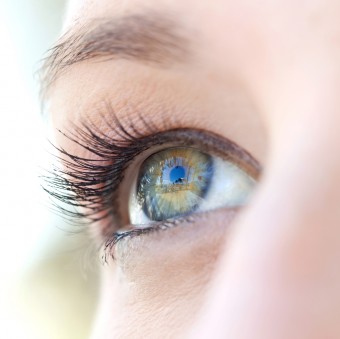 Today I found out how the 20/20 vision scale works.

With more than 150 million people in the United States (nearly half of the population) requiring some form of corrective eyewear to compensate for visual impairment, chances are you have had your eyesight graded on the 20/20 scale before. If you haven’t, you have probably heard other people saying they have “20/20 vision” or even the phrase “hindsight is 20/20.” The vision scale is so prevalent in American culture that there’s even a TV news show named after it.

So imagine my surprise when I was told during my first Australian eye exam that I had 6/6 vision with my corrective lenses. Turns out, the 20/20 scale isn’t universal. So what exactly are eye doctors measuring, and how can the scale be different in different parts of the world?

Take the Snellen eye chart, which is what your eye doctor will usually use to judge your eyesight. The Snellen chart is the one that’s topped with the big E and consists of 11 rows of capital letters that get progressively smaller toward the bottom of the chart. You will be placed 20 feet away from the chart (most doctors’ offices are too small for this, so mirrors will often be used to simulate 20 feet). The doctor will ask you to read out the smallest line of letters that you can see from 20 feet away. Most people can read the fourth line up from the bottom without any trouble, so if you can do this, your vision is considered 20/20.

Now, obviously most places in the world don’t use the Imperial system to measure distance, they use the Metric system, which is where the 6/6 scale comes in. In this case, doctors are not measuring how well you can see something from 20 feet away, they are measuring how well you can see at 6 meters away (that is, 19.69 feet approximately). It’s the same principle, just a slightly different measurement.

Of course, many people will have worse or even better than 20/20 vision. These people will tip the scales a bit. Back to the Snellen chart, if you can only see the big E up top and none of the other lines of text, you are considered to have 20/200 vision. That means you see at 20 feet what the average person can see at 200 feet away. So, if you take someone with 20/20 vision and put them 200 feet away from the chart, they would still be able to see the big E clearly. 20/200 visual acuity and worse is considered legally blind in the United States. That means that if you have 20/200 vision even with the best correction in your better eye, you are considered legally blind.

Alternatively, if you can read the tiny bottom line of text on the chart at 20 feet away, you have 20/5 visual acuity, which means you can see at 20 feet that which most people can only see at 5 feet away. Again, take that person with 20/20 vision and put them 5 feet away instead of 20, and they would finally be able to see that last line of text. Most humans actually don’t have the ability to have much better than 20/10 vision, with 20/5 vision reserved for animals like birds of prey. These numbers would obviously be adjusted for the 6/6 scale.

That said, your 20/20 or 6/6 visual acuity is not a measure of your prescription as it does not take into account the nature of the problem, only the result of it. That’s why you can’t just pop in to your ophthalmologist, read the Snellen chart, and head out—they have to measure things like peripheral vision, colour perception, depth perception, and eye fluid pressure, among other things.