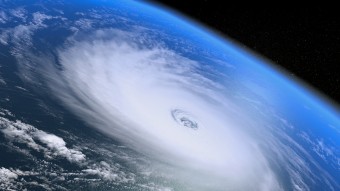 Hurricane Katrina was the most devastating, and costliest, natural disaster to ever occur in the United States, though unbelievably it was only the third most powerful storm in the 2005 hurricane season. Over 1,800 people lost their lives during the storm and the subsequent flooding, and damages totaled a staggering $81 billion.

Katrina came briefly ashore in Florida as a Category 1 storm on August 25, then returned to the warm ocean waters, gaining strength before slamming into the gulf coastal region on August 29th. Not only did the storm wreak havoc on New Orleans, but also the rest of Louisiana as well as coastal Mississippi and Alabama.

On August 28, Ray Nagin, the mayor of New Orleans, ordered a mandatory evacuation of the city when the storm briefly reached Category 5 status and devastating damage to the city was predicted by the National Weather Service. Despite the warnings, roughly 150,000 inhabitants of the city, who either lacked the resources to leave or didn’t want to abandon their homes, chose to stay behind.

Katrina packed sustained winds of 145 miles per hour, cutting power, destroying homes and throwing cars around like projectile missiles. The levees built to protect the city of New Orleans, which is six feet below sea level, were no match for the massive storm’s surges. There was nothing to keep the waters from Lake Pontchartrain and the Mississippi River from taking over the city, and it didn’t take long for 80% of New Orleans to be flooded up to its rooftops.

People in the tens of thousands sought refuge in the Louisiana Superdome and the New Orleans Convention Center.  With so many people and so little resources, things quickly went from bad to worse, and patience was in short supply as it took a full 48 hours before any sort of meaningful relief effort could get under way.

Conditions were even worse for those stranded on their rooftops awaiting rescue. These people were not only suffering from hunger and dehydration, but also the dangerous effects of sitting exposed in the Louisiana sun and heat.

On September 1, the thousands of displaced citizens staying at the Superdome and the Convention Center were removed to the Astrodome in Houston, Texas. The following day the National Guard arrived in New Orleans to restore order, and on the 6th, temporary repairs to the levees were made allowing water to be pumped out of the city- the first steps on the very long road to recovery.