This Day in History: The Chernobyl Disaster 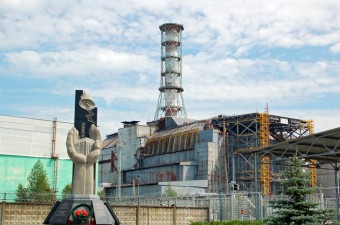 On this day in history, 1986, the worst nuclear power accident in history occurred in the Ukraine at the Chernobyl Nuclear Power Plant.  While many use Chernobyl as a reason why we should abandon nuclear power, the Chernobyl accident wasn’t so much about the inherent danger of nuclear reactors, even given the technology of the day, so much as it was a testament to human stupidity.

So what was the cause of the Chernobyl disaster?  It occurred as a direct result of testing out a new voltage regulating system.  The test was supposed to be completed by one shift, with additional experts on hand to monitor everything.  Unfortunately, mid-test, more power was needed on the main power grid, so they abandoned the testing for the time being to ramp back up the reactor being tested.  This all resulted in the testing overlapping between three different shifts of workers, with the night shift now doing the bulk of the work with almost no prep time.

In an effort to keep this article a reasonable length, we’ll sum it up and say during the testing, one of the reactors was put into a very unstable state, all the while the operators ignoring most of the warnings the system was giving them and overriding many of the automated safety systems which were trying to keep the system from exploding.  It was actually a testament to the safety systems that the reactor they were messing with lasted as long as it did with what they were doing with it.  Had those safety systems not been automatically trying to counteract what the humans were doing- inadvertently causing a positive feedback loop in the reactor- the explosion would have happened significantly sooner.

As one expert, Valery Legasov, stated, what they did was “like airplane pilots experimenting with the engines in flight.”  The International Nuclear Safety Advisory Group investigating the matter later concurred with this view point, stating:

The developers of the reactor plant considered this combination of events to be impossible and therefore did not allow for the creation of emergency protection systems capable of preventing the combination of events that led to the crisis, namely the intentional disabling of emergency protection equipment plus the gross violation of operating procedures. Thus the primary cause of the accident was the extremely improbable combination of rule infringement plus the operational routine allowed by the power station staff.

Even after the explosions, the workers who were managing the reactor next to the exploded one were told to keep the other reactors online and continue to work.  It wasn’t until a few hours later that one of the engineers, Yuri Bagdasarov, made the decision to override his superior, Nikolai Fomin, and shut down the reactor adjacent to the exploded one and have everyone who wasn’t absolutely necessary for running the emergency cooling systems leave.

The mistakes didn’t stop there though, the exploded reactor crew chief, Alexander Akimov, assumed the reactor was still intact, despite all the graphite and reactor fuel lying around the building after the explosions.  So he kept everyone working throughout the night on the exploded reactor core which cost many workers, including Akimov, their lives.

One of the problems was that, of the two dosimeters capable of measuring the radiation levels they were experiencing, one was inaccessible and the other failed to turn on.   All the other meters couldn’t read that high; indeed, they didn’t read very high at all, so they only knew the radiation levels were somewhere above 3.6 rems per hour, which is a relatively high rate, but certainly not going to kill anyone working there for a shift.  When they eventually brought a meter in that could read the correct levels, Akimov assumed it must be malfunctioning because of the extreme high readings they were getting.

Once again, you’d think the nuclear fuel and graphite lying around the building and the two explosions would have tipped him off, but here we are.  In his defense, at around 5000 rems, the brain begins to be damaged with the radiation killing nerves and small blood vessels.  He wasn’t likely experiencing these levels where he was working, but lower high levels, while not causing brain damage, will cause memory problems; confusion; information processing ability problems; and decline in cognition.  So that may have played a role, perhaps even a large one, in his poor decisions after the explosions.

The next mistake was with the rescue crews that arrived on scene.  Some of them knew little of the dangers of ionizing radiation and some even directly handled the radioactive debris lying around, some of which was emitting as much as 15,000 rems per hour.  Not all were ignorant of the dangers, though.  As one of the firefighters who lived, Antoli Zakharov, stated:

I remember joking to the others, “There must be an incredible amount of radiation here. We’ll be lucky if we’re all still alive in the morning.” … If we’d followed regulations, we would never have gone near the reactor. But it was a moral obligation – our duty. We were like kamikaze.

The mistakes didn’t end there.  Evacuation of nearby populated regions was delayed due to the Soviet government seemingly being loath to admit an accident had happened.  Even when the accident was announced two days later, the extent was downplayed, and once they started evacuation of the nearby population, the people were told they’d be able to return to their homes within a few days.  In part, though, this was to get them to leave more rapidly, instead of packing up items.  They were simply told to bring such things as identification documents and the like.

In the end, an estimated 60,000 people were exposed to high levels of radiation; of which, about 5,000 people died within five years of the explosion from problems stemming from radiation exposure.  Estimates of the total deaths due to the accident from then to now tend to range between 9,000-27,000.  Note to self: when working at a nuclear reactor and there are a bagillion warning lights going off over the course of a few hours telling you to stop doing what you are doing, maybe instead of disabling those warnings and the automated safety systems, instead, stop what you are doing.  I’m just spit-balling here.