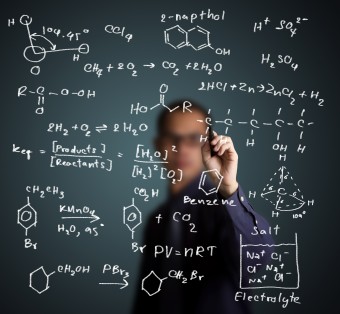 1) In 2002, the BBC aired a report about German scientists who discovered that blond hair would be extinct in the next couple centuries due to being a recessive trait. Barely a year later, the New York Times published a report about how the findings had been faked, but the study has still been cited over the last 10 years in various publications.

A similar myth started in 2007 thanks to a study done by the Oxford Hair Foundation (funded by the hair dye maker Procter and Gamble who was trying to boost the sale of red hair dyes) showing redheads will very soon become extinct. This also has since been proven false  because the mutated gene itself (see what causes red hair here) is still being passed on, even when a redhead is not produced (often producing brown haired women who insist on telling everyone they are redheads ;-)).  So, while the numbers may continue to diminish by diffusification, the potential for a “redheaded step child” will remain for the foreseeable future.

2) In 1726, Johann Beringer discovered amazingly well-preserved fossils of lizards, birds, and spiders (actually made of limestone), some of which even had the name of God in Hebrew inscribed on them (today these are known as the “Lying Stones”). After publishing several papers on the topic, and even going so far as to theorize that they had been carved by God himself, as he thought they predated the Hebrews, yet had the Hebrew name for God on some of them.

Unfortunately for Beringer, it turns out some of his spiteful colleagues had hidden the artifacts there deliberately so as to tarnish Johan Beringer’s reputation. This worked, but it also backfired on them when his discoveries started getting widespread traction and they tried to convince Berginer it was all a hoax. He didn’t believe them, but they eventually admitted it was they that had been doing it. This not only ruined all their reputations in the scientific community, but also financially ruined Beringer himself.

3) Originally being mentioned in National Geographic in 1999, the Archaeoraptor was what scientists claimed to be the link between birds and therapods in the fossil record. It was later discovered that the supposed fossil was actually a composite of real fossils from various species, put together to make it look like it came from one animal.

4) Physicist Alan Sokal submitted a widely publicized research paper filled with jargon and intelligent sounding, but otherwise fairly nonsensical, such as this gem:

Just as liberal feminists are frequently content with a minimal agenda of legal and social equality for women and ‘pro-choice’, so liberal (and even some socialist) mathematicians are often content to work within the hegemonic Zermelo–Fraenkel framework (which, reflecting its nineteenth-century liberal origins, already incorporates the axiom of equality) supplemented only by the axiom of choice.

This paper was originally published in the Social Text, a journal published by Duke.  Sokal’s goal was to prove that many journals of the day were nothing more than “a pastiche of left-wing cant, fawning references, grandiose quotations, and outright nonsense.” In other words, politically correct pseudoscience.

The results of my little experiment demonstrate, at the very least, that some fashionable sectors of the American academic Left have been getting intellectually lazy. The editors of Social Text liked my article because they liked its conclusion: that “the content and methodology of postmodern science provide powerful intellectual support for the progressive political project” [sec. 6]. They apparently felt no need to analyze the quality of the evidence, the cogency of the arguments, or even the relevance of the arguments to the purported conclusion.

His paper was published and almost simultaneously Sokal came out with several other papers pointing to his hoax and making fools of the editors.

5)  In 1783, an account was published in London Magazine about a tree in Indonesia, called the Upas tree, so poisonous that it killed everything within 15 miles, leaving the Earth bare and dotted with the skeletons of both man and beast. The truth is, however, that although the Upas tree really exists and it really does contain a powerful toxin, it’s not going to kill anyone even leaning up against it.  It was commonly used in the regions it grows in for such things as dyes, lumber, and poison for arrow and spear tips.

6) About 30 years ago, a leaflet called the Villejuif leaflet, was circulated in Europe that listed a number of food additives as carcinogens. Nobody knows who first wrote it.  The earliest known copy was from 1976, a single sheet listing the supposed carcinogens.  This list spread about and at its peak, a full half of all French housewives were said to have read it, many of whom took it seriously.  It was spread from France to Great Britain, Germany, Italy, then to the Middle East and Africa.

The problem was that it was completely made up.  The list even included “citric acid” as a carcinogen, something that occurs naturally in every living organism. At its peak, a random survey of housewives in France showed that a full 19% had said they stopped buying product that had ingredients listed on the leaflet.  It’s estimated that this leaflet greatly influenced the buying decisions of about 7 million people.

7) A German physicist specializing in condensed matter physics and nanotechnology, Jan Hendrick Schön, briefly flirted with fame after a series of breakthroughs in semi-conductor research, generally taking theorized ideas and writing papers around experiments he’d supposedly done that “proved” them to be true. At his peak in 2001, he was producing an average of 1 new research paper every 8 days. He was widely published and even won the Otto-Klung-Weberbank Prize for Physics, Outstanding Young Investigator Award (from the Materials Research Society), as well as the Braunschweig Prize.

Not long after his rise to scientific stardom, however, various researchers began noticing anomalies in his data. It was soon determined that he had faked almost all of his experiments, making it one of the largest hoaxes in the world of physics. Since then, his PhD has been revoked. He sued to get it back and won, but then upon appeal by the University that gave it to him, it was taken away again.

8)  The Piltdown man, discovered in 1912, was supposed to be the fossilized remains of an early, previously unknown humanoid.  This had wide reaching implications on early evolution theory and led many scientists down false trails in their research over the next several decades (with over 250 research papers written on the Piltdown man alone). It wasn’t until almost 50 years later that people discovered the elaborate hoax and determined that the skull was actually that of a human male while the jawbone was that of an orangutan.

9)  A staple at the PT Barnum museum, the Fiji Mermaid is supposedly a mummified mermaid. It was believed to be real by many people until it was proved to be nothing more than the head and torso of a monkey attached to the tail of a fish.

10)  In the early 1990s, a short film of a supposed alien autopsy was aired on Fox Network after which several other news outlets picked up the story. It wasn’t until 15 years later that the producer came forward to admit that it was fake. (shocker)

11)  One of the most famous hoaxes in American history, the Cardiff Giant, was a 10 ft. tall “petrified man”.  This hoax was allegedly responsible for the coining of the popular phrase “there’s a sucker born every minute”. To give you the backstory, in the mid-1800s George Hull, a prominent atheist, had decided to play a prank on some of his Methodist acquaintances by having this huge giant buried in his cousin’s backyard, supposedly as a reference to the biblical passage concerning giants roaming the Earth. Not long afterwards, Hull had a well dug in the very same spot. Upon “discovery” of the giant, so many people wanted to see it that admission was charged.  Soon Hull himself sold his interest in the giant for $23,000 (nearly half a million today).  It continued to draw crowds wherever it was displayed.  Hull eventually came out and admitted that it had been a fake, something most scientists at the time had already concluded, though the general public seemed to think it was real.

12)  Despite being self taught, Shinichi Fujimura was one of Japan’s leading archaeologists. In the early 1980s, he started discovering artifacts that progressively got older and older. Eventually he stumbled across something that was dated to 600,000 years which would have been the oldest sign of human habitation ever. Unfortunately for Shinichi, however, several journalists caught him planting the finds in the dirt before hand. After the photos of him doing so hit the newsstands, Shinichi’s credibility hit the tank.

For more interesting lists, check out List25.com or subscribe to their newsletter here.
[Image via Shutterstock]