What Does Gangnam Style Mean? 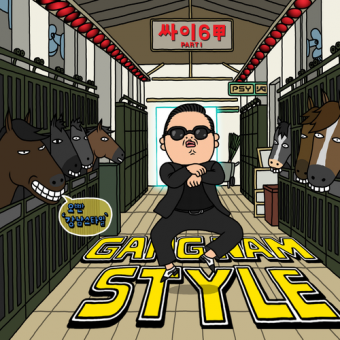 “Gangnam” is an area in South Korea, specifically a small area in Seoul, South Korea, home to about 1% of the population of Seoul and is about the size of Manhattan.  It is known for its wealthy, “new money”, inhabitants.  (The region has only very recently become extremely upscale, with a gradual upswing in the last half century or so. Before that, there really wasn’t much there but farmland.)

How wealthy do you have to be to live in Gangnam?  The average price of an apartment there costs around 3/4 of a million dollars per year.  For reference, the average South Korean household’s annual income is about $40,000.

So “Gangnam Style” simply is referencing this sort of elite, “new money”, wealthy culture and lifestyle that has sprung up around the region.  As pop critic Kim Zakka, who lives in Seoul, said “Gangnam inspires both envy and distaste.  Gangnam residents are South Korea’s upper class, but South Koreans consider them self-interested, with no sense of nobility.”

Or, as Park Jae-sang (PSY, who himself was from a wealthy family and grew up close to Gangnam) said, Gangnam residents are seen as “good-looking because of plastic surgery, stylish because they can splurge on luxury goods, and slim thanks to yoga and personal trainers.”  Sounds a bit like wealthy people from Los Angeles…

People who are actually from Gangnam never proclaim that they are—it’s only the posers and wannabes that put on these airs and say that they are “Gangnam Style”—so this song is actually poking fun at those kinds of people who are trying so hard to be something that they’re not.

“Oppan Gangnam style” literally means “Older Brother has Gangnam style”.  He’s not talking to his little sister, though.  The “oppa” / “older brother” usage here is common in South Korea, not unlike “daddy” in certain parts of the US, but in this case specifically being a term  that shows respect and affection- used by women about certain older men.  Basically, it just means “boyfriend” or “close, guy friend who is older than you” in this sense, though can also be used to literally mean an older brother in your family.

Koreans also have a similar moniker for males to use instead of “oppa”-  namely, “hyung”, meaning “older brother”, which can again be used to refer to your literal older brother or be used figuratively to refer to a slightly older male who you aren’t related, but you are close to.  Similarly, there is an “older sister” nickname, “nuna”.  These titles can also be used in addition to the person’s name itself, such as “Park oppa” or “Bong Cha nuna”.  Again, this is all meant as a way to show affection and respect.

As to the name of the region, “Gangnam”, it literally translates to “South of the River”.

Probably the most amazing thing about this Gangnam Style fad is that, given that the video is 4 minutes and 12 seconds long, if all 900 million times it’s been viewed it was viewed to its completion (not even considering all the spinoffs and re-postings), that means approximately 63 million man-hours (or about the number of hours 30,288 workers spend working full time-40 hours a week, 52 weeks a year, with no holidays or vacation) have been spent watching a video of a guy mimicking riding a horse to a beat, with the vast majority of those who’ve watched it not understanding much of anything he’s saying.