Where The Word Vodka Came From 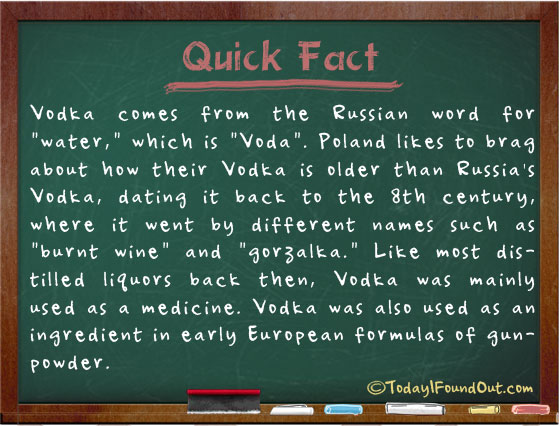 Text Version:
Vodka comes from the Russian word for “water,” which is “Voda.” Poland likes to brag about how their Vodka is older than Russia’s Vodka, dating it back to the 8th century, where it went by different names such as “burnt wine” and “gorzalka.” Like most distilled liquors back then, Vodka was mainly used as a medicine. Vodka was also used as an ingredient in early European formulas of gunpowder.