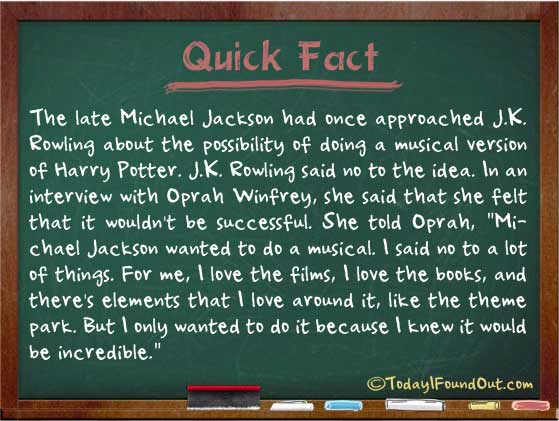 Text Version:
The late Michael Jackson had once approached J.K. Rowling about the possibility of doing a musical version of Harry Potter. J.K. Rowling said no to the idea. In an interview with Oprah Winfrey, she said that she felt that it wouldn’t be successful. She told Oprah, “Michael Jackson wanted to do a musical. I said no to a lot of things. For me, I love the films, I love the books, and there’s elements that I love around it, like the theme park. But I only wanted to do it because I knew it would be incredible.”