This Day in History: The First “Test Tube” Baby is Born 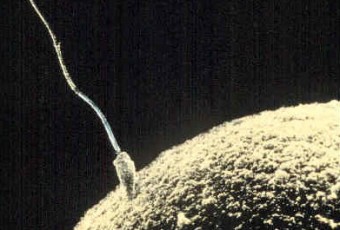 On this day in history, 1978, the first “test tube” baby, Louise Brown, was born weighing 5 lb. 12 oz. (2.6 kg) to Leslie and John Brown who had up to this point been unable to have a child due to Leslie’s lack of proper fallopian tubes.  The couple eventually learned of and agreed to try In vitro fertilization (IVF), though the doctors did not tell them that no baby had ever successfully been born via this experimental method.  None-the-less Louise was born healthy, albeit prematurely due to some complications during pregnancy.  This success paved the way for about 4 million other IVF babies being born to date.

Ultimately, rather than a natural birth, the doctors decided for Louise to be born via a Caesarian section.  According to Dr. John Webster who helped deliver Louise, “It was the only way to show the world that this woman had no fallopian tubes.   Otherwise, there would have been skeptics who might claim that she could have become pregnant naturally, no matter what we said… A lot of people felt we were meddling in nature, and shouldn’t be doing things like this, but the majority of the people coming to us had damaged tubes, and had no chance of conceiving naturally.”

By the time the couple had their second daughter, Natalie Brown, who was also conceived via IVF four years after her sister, 39 other babies had successfully been born via this method, which earned its creator, Robert G. Edwards, a Nobel Prize in Physiology or Medicine in 2010.

Although the media has dubbed Louise and subsequent babies born via IVF “test tube” babies, the egg and sperm are actually placed in Petri dishes for incubation.  Depending on the method utilized, a single sperm may be used to fertilize an egg, particularly in cases of the man having a low sperm count; or, more commonly, they are mixed at a rate of about 75,000 sperm to 1 egg in the Petri dish.  Once the egg is fertilized, it is placed in a special growth medium until about 6-8 cells are present (after about 48 hours), at which point it is then placed in the uterus of the woman and will hopefully result in a pregnancy.