February 8th: Mickey Mantle is Threatened with a Lifetime Ban from Baseball, and Subsequently Banned, for Working at a Casino 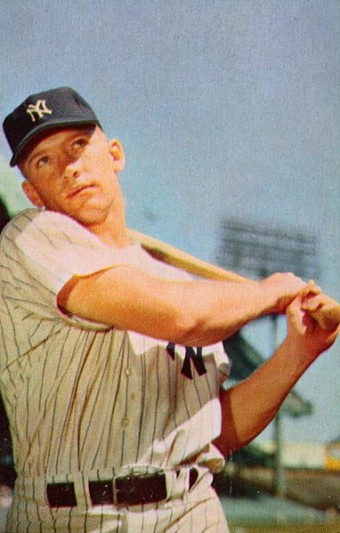 On this day in history, 1983, Mickey Mantle was threatened by the commissioner of baseball, Bowie Kuhn, that if he didn’t stop working for the Claridge Casino in Atlantic City, he’d be put on baseball’s permanently ineligible list, which meant he’d be banned from any Major or Minor League Baseball related activities including coaching, scouting, etc. at any level.  This is the same list Pete Rose got himself on for gambling while with the Reds.

At the time, Mantle was primarily working as an official representative of the casino, occasionally working as a greeter and at various charity events put on by the casino, such as autograph signings and golfing events.  Mantle needed the money and thought it was ridiculous that he couldn’t work for a casino, despite Kuhn’s assertions that a casino was “no place for a baseball hero and Hall of Famer”, so Mantle ignored his warnings.  Kuhn subsequently followed through on his threat and placed Mantle on the permanently ineligible list.  Along with Mantle, Willie Mays was also placed on that list at the same time and for the same reason.  He too was working as a greeter and special assistant at a casino.

Obviously in both of these cases, neither stayed on that “permanently” ineligible list very long. When Kuhn was replaced by Peter Ueberroth in late 1984, Mantle and Mays were reinstated and allowed to participate in MLB activities again starting in 1985.