January 19th: The Last Leader of the Fifth Monarchy Men is Hanged, Drawn, and Quartered in London 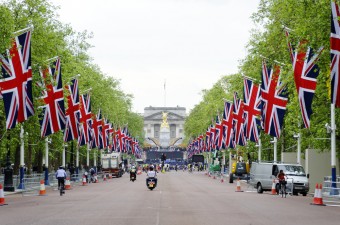 The Fifth Monarchy Men, also known as the Fifth Monarchists, were essentially an extremist group that believed the return of Christ was imminent.  Their name was in reference to the fact that the book of Daniel speaks of four “monarchies” or empires that would more or less dominate the world.  These are presumed in retrospect to have been Babylon, Persia, Macedonia, and Rome.  Since all four had been accounted for, the Fifth Monarchists felt that Christ would soon return for his 1000 year reign as the fifth monarch.  Particularly, they thought Christ would return shortly after the year 1666, due to the “666” in the year, which signified “the beast” (if only they’d gone by something different than the Gregorian calendar, perhaps this whole mess could have been avoided.) 😉  They further thought that in order for his return to happen, the “Saints” (them) needed to first overthrow the existing rulers to prepare the way for Jesus.  The group was particularly active between 1649 and 1661, when their last leader and many others among them were executed for treason after attempting to lead a rebellion against the newly crowned Charles II, who had been restored to the throne after Oliver Cromwell’s rule.

The Fifth Monarchists had actually initially been great supporters of Cromwell, who helped lead the overthrowing of Charles I and established the UK, temporarily, as a commonwealth republic, until his death in 1658.  The Fifth Monarchists even went so far as to declare Cromwell a second Moses, but later when he got rid of the Nominated Assembly and established himself as the Lord Protector of England, Scotland, and Ireland, they revolted against him, which Thomas Venner returned to England to take part in and was at one point arrested for this, but was soon released.

Once Charles II was restored to the throne in 1660, the leader of the Fifth Monarchists, General Thomas Harrison, who had helped overthrow Charles I (among other things, being the seventh of fifty-nine judges to sign the death warrant for the Charles I)  was arrested and tried and convicted of treason.  Interestingly, Harrison had the opportunity to flee England before he was arrested but chose to remain, even though he knew he would be executed if he did so.  Not only that, but on October the 13, 1660, when he was executed, eye witness accounts state that he was looking relatively cheerful as he was led to his execution with the brutal method of being hanged, drawn, and quartered.

This is in stark contrast to what people normally did when they were to be executed in this way. What actually happened to specific people while being hung, drawn, and quartered varied greatly depending on the individual and potentially their willingness to repent their crimes.  It also changed somewhat with time.   A typical execution of this type more or less went like so, though: first, an individual would be lashed to a board and then drawn through the streets to their execution location.  During this time, the prisoner may or may not be accosted by people in the streets, depending on their popularity.  Because of this, some wouldn’t actually survive to the more gruesome parts of this method of execution and many arrived near death (such as William Wallace who had been severely beaten and had been forced to wear a crown of thorns on his way to his execution).  Once there, they would be hung, but not generally to the point that they’d die, though it did sometimes happen.  If the executioner wanted to be particularly lenient, they tended to hang them for a long time so they might die or at the least not be conscious later on.  If they wanted to be cruel, this portion of the punishment was typically very quick, to make sure the individual was conscious and alive for the next part.

After the hanging, they could be castrated and emasculated, disemboweled, forced to watch their entrails burn, and would sometimes have their heart removed (which of these were carried out depending on the particular execution, though the disemboweling and burning of the entrails was almost always done).  Again, if the executioner wanted to be merciful, they’d first behead the person before performing these gruesome acts.  Their bodies would then be cut into four pieces, which would be displayed around the country.  This method of execution was only for men, as it was deemed inappropriate to display a woman’s body in the way it would need to be at certain points of the execution.  Instead, they were typically burned at the stake or beheaded when an extreme execution was required.   The “hanged, drawn, and quartered” method of execution was ultimately abolished by the Forfeiture Act of 1870 and execution for any act of treason was abolished in the UK by the Crime and Disorder Act of 1998.

In any event, after Harrison’s execution, Thomas Venner took over leadership of the Fifth Monarchy Men and led a revolt against Charles II, that is today often known as “Venner’s Rising”.  With this revolt, they were hoping to overthrow Charles II so that “King Jesus” could reign.  The group managed a full four day rebellion lasting from January 1 to January 4, 1661.  The members of this organization that took direct part in the rebellion numbered just fifty people, with several army veterans among them.  They first took a cathedral and fortified themselves, shooting at passersby if they said they supported Charles II.  Eventually, they had to retreat from the cathedral and the battle ensued in the streets.  Although they numbered just 50, they put up a gallant fight, even at one point forcing a group of 1200 soldiers to have to retreat from them as they fought in the streets.

Their ultimate defeat came when they tried to storm a prison and free the inmates so that they could increase their numbers. They were unsuccessful in this attempt and they slowly lost ground as the fighting drug on.  They made their last stand in a tavern where most of the remaining members of the group were killed on the spot.  Venner and a few others were finally taken and shortly thereafter were hung, drawn, and quartered.  Given that they were unrepentant during these executions, it is thought that their executions were likely to have included the full brutality of this particularly method men had devised to murder one another legally.  From here, the group known as the Fifth Monarchy Men soon faded from history, despite once being a very popular and politically influential group.