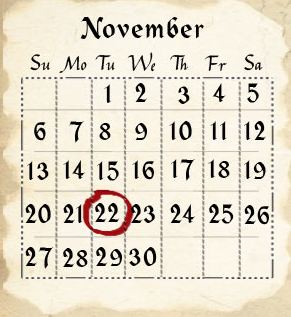 John F. Kennedy was shot first in the back and next in the head while traveling through Dealey Plaza in Dallas, Texas on this day in 1963.   Two other people were also accidentally shot due to their proximity to the President.  One was the governor of Texas, John Connally, sustaining a serious chest wound that punctured and collapsed his right lung, though he survived.  The other person injured was a spectator, James Tague, who was hit by a bullet fragment that ricocheted of the pavement.

Interestingly, while four separate commissions concluded that Lee Harvey Oswald, who had once briefly defected to the Soviet Union, was the assassin, he was never actually convicted of the crime. Two days after being arrested, he was shot and killed while being transferred from the police station to the county jail.  The murderer was a night club owner, Jack Ruby, who had connections with various organized crime syndicates.

Oswald was not only charged with the killing of the President, but also the murder of a Texas police officer who tried to arrest him, J.D. Tippit.  Tippit spotted Oswald, who fit the description of one of the suspects of the assassination, and called him over to talk to him.  After speaking briefly with the officer, witnesses stated that Oswald pulled out a gun and shot him. After killing Tippit, Oswald fled to a movie theater nearby, where he was later arrested.  During the arrest, he also attempted to shoot one of the police officers arresting him, M.N. McDonald.

While all the official commissions agreed that Oswald was the killer, the United States House Select Committee on Assassinations, which was formed to investigate the assassinations of JFK and Martin Luther King Jr., as well as the shooting of Alabama Governor George Wallace, concluded that the JFK assassination was probably a conspiracy, though what organization formed and executed the conspiracy was not determined.  They also concluded that there probably was a second gunman involved in the incident.

tagged with JFK assassination, November 22, this day in history