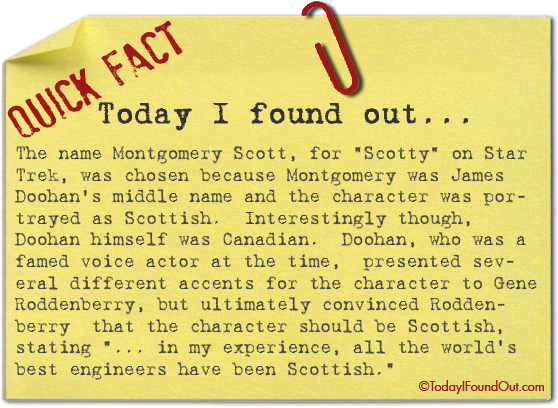 The name Montgomery Scott, for “Scotty” on Star Trek, was chosen because Montgomery was James Doohan’s middle name and the character was portrayed as Scottish.  Interestingly though, Doohan himself was Canadian.  Doohan, who was a famed voice actor at the time,  presented several different accents for the character to Gene Roddenberry, but ultimately convinced Roddenberry  that the character should be Scottish because “… in my experience, all the world’s best engineers have been Scottish.”