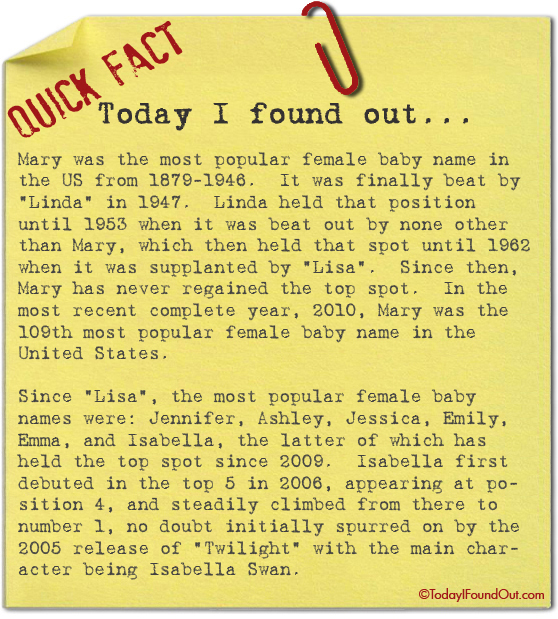 Mary was the most popular female baby name in the US from 1879-1946.  It was finally beat by “Linda” in 1947.  Linda held that position until 1953 when it was beat out by none other than Mary, which then held that spot until 1962 when it was supplanted by “Lisa”.  Since then, Mary has never regained the top spot.  In the most recent complete year, 2010, Mary was the 109th most popular female baby name in the United States.

Since “Lisa”, the most popular female baby names were: Jennifer, Ashley, Jessica, Emily, Emma, and Isabella, the latter of which has held the top spot since 2009.  Isabella first debuted in the top 5 in 2006, appearing at position 4, and steadily climbed from there to number 1, no doubt initially spurred on by the 2005 release of “Twilight” with the main character being Isabella Swan.