The Origin of M&Ms 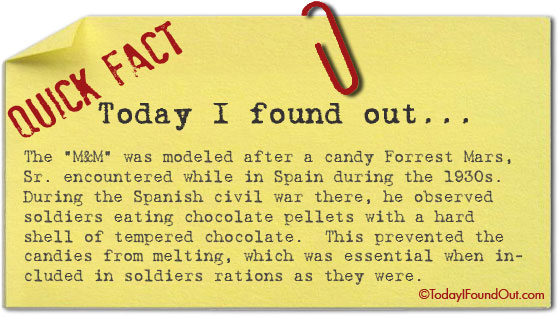 The “M&M” was modeled after a candy Forrest Mars, Sr. encountered while in Spain during the 1930s.  During the Spanish civil war there, he observed soldiers eating chocolate pellets with a hard shell of tempered chocolate.  This prevented the candies from melting, which was essential when included in soldiers rations as they were.