The First Time “Gay”, Meaning “Homosexual”, Was Used as Such in a Film 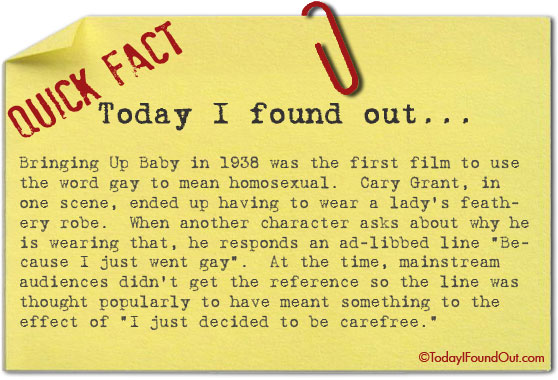 Bringing Up Baby in 1938 was the first film to use the word gay to mean homosexual.  Cary Grant, in one scene, ended up having to wear a lady’s feathery robe.  When another character asks about why he is wearing that, he responds an ad-libbed line “Because I just went gay”.  At the time, mainstream audiences didn’t get the reference so the line was thought popularly to have meant something to the effect of “I just decided to be carefree.”