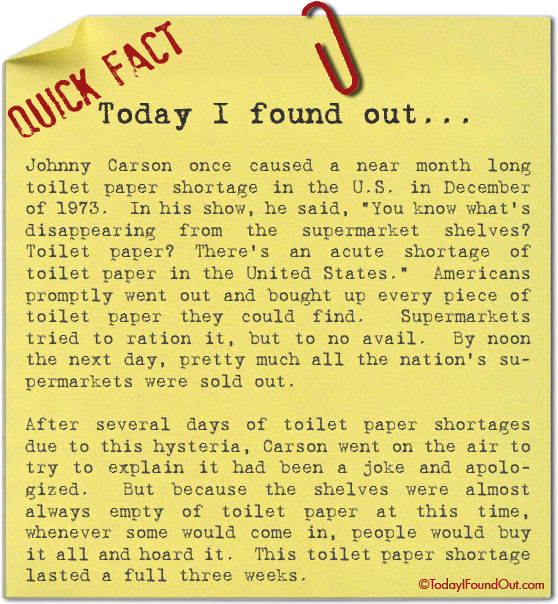 Johnny Carson once caused a near month long toilet paper shortage in the U.S. in December of 1973.  In his show, he said, “You know what’s disappearing from the supermarket shelves?  Toilet paper… There’s an acute shortage of toilet paper in the United States.”  Americans promptly went out and bought up every piece of toilet paper they could find.  Supermarkets tried to ration it, but to no avail.  By noon the next day, pretty much all the nation’s supermarkets were sold out.