Where the Word “Plastic” Came From

September 22, 2010 Daven Hiskey
Note: This is a guest article contributed by plastics engineer and owner of Polymeric Life, Noah. 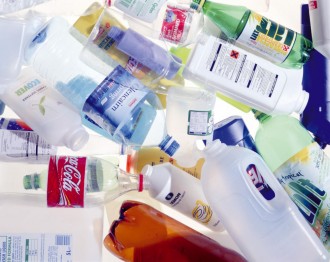 Today I found out where the word plastic came from.

The word plastic existed long before the first plastic, Parkesine. As early as the 1600’s, plastic was used as a term to relate to something that could be easily molded or shaped. Plastic is derived from the Latin word plasticus and the Greek word plastikos, both meaning ‘able to be molded, pertaining to molding’. Most likely, Greeks used plastikos to describe unhardened versions of clay.