Site Down and Back 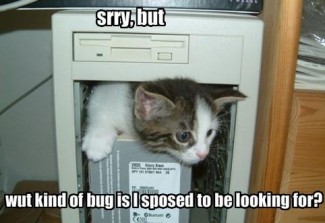 Today I found out to always shut down MySQL instances manually before restarting the operating system. 🙂

You may have noticed TodayIFoundout.com has been down for the last 38 or so hours.  Long story short, I needed to restart my server and when it came back up, the MySQL instance had been corrupted due to not shutting down all the way before the OS restarted.  For those who don’t know, MySQL is the database software that serves as the back end for my various sites including todayifoundout.com.

In any event, despite my sincerest efforts, focusing my considerable expertise (B.S. and M.S. in Computer Science and several years of real world experience) on the problem  for about 23+ straight hours, I could not get any instance of MySQL to start on my server.  The issue turned out to be a known bug in MySQL, but this did not help me as none of the work-arounds fixed the issue.

After no luck with fixing the corrupted MySQL instance or getting new instances installed and started, I finally gave up and tried another tact, which is typically a last resort type of option on live server type setups, but I thought it might be a quicker fix and it was.  After taking a couple hours rest, I eventually completely re-imaged my system with a clean operating system install and re-configured everything and restored the sites and databases from there.  Lesson learned.

Sorry for the down time.  New “Today I Found Out” posts will be on the way presently.  For now, I need some rest. 🙂