This Day in History: January 20th- Polanski and Tate 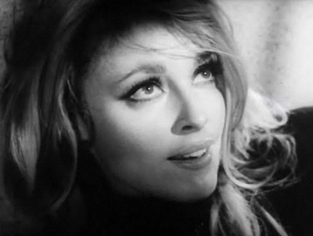 It certainly wasn’t a case of love at first sight. Initially, Roman Polanski refused to speak to the equally unimpressed Sharon Tate. Even by the time they were on their second date, Roman’s idea of romance was jumping out at Sharon wearing a Frankenstein mask, scaring her to death. But rocky beginnings or not, the couple fell in love and married on January 20, 1968 in London, surrounded by a dizzying array of celebrity friends.

Sharon and Roman met in early 1967 during the making of the film “Dance of the Vampires” in London. The beautiful up-and-coming actress was already in a relationship with Hollywood hairstylist Jay Sebring, but felt herself drawn to the movie’s Polish-born director Roman Polanski. She was upfront about her feelings with Sebring, who became close friends with the couple.

By late 1967, Sharon and Roman were the epitome of the modern Hollywood couple. Photographer Peter Evans described them as: “…The Douglas Fairbanks/Mary Pickford of our time… Cool, nomadic, talented and nicely shocking.”

In his 1984 autobiography “Roman”, Polanski recalls proposing to Sharon in a “roundabout” way during dinner in early January of 1968. She happily accepted, and they were married on the 20th. Despite their reputation as a free-wheeling ‘60s couple, Sharon wanted a traditional, monogamous marriage. Roman reined himself in a bit but did not completely give up his promiscuous habits, although Sharon held out hope he would change his ways. Peter Evans remembers Sharon saying, “We have a good arrangement. Roman lies to me and I pretend to believe him.”

Speaking of his deceased wife 45 years after her death, Roman was quick to acknowledge her incredible forbearance. “To live with me was proof of her patience, because to be near me must be an ordeal.”

Sharon discovered she was pregnant in early 1969. She was overjoyed by the news, and was even more thrilled when she and Roman moved into 10050 Cielo Drive in Benedict Canyon. Their friends Candice Bergen and Terry Melcher had lived on the property, and they had been ecstatic to learn it was available to rent. Sharon called it her “love house” as she happily prepared for the birth of their baby.

She joined her husband in London early that summer. In late July of 1969, Sharon was asked during an interview if she believed in fate. She replied, “Certainly. My whole life has been decided by fate. I think something more powerful than we are decides our fates for us. I know one thing — I’ve never planned anything that ever happened to me.”

Sharon returned to Los Angeles on July 20. Roman asked their friends, Wojciech Frykowski and Abigail Folger, who had been staying at the Cielo Drive house, to remain with his wife until he returned on August 12. They agreed to stay with Sharon, who was due to give birth at the end of August.

She never got the chance. She and her unborn son, along with Wojciech Frykowski, Abigail Folger, Jay Sebring and Steve Parent, (a young kid in the wrong place at the wrong time) were brutally murdered at her home on August 8, 1969 by members of the Manson Family.