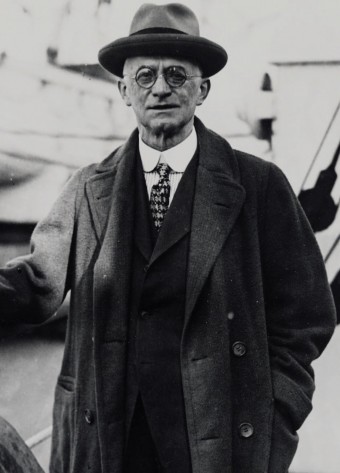 It was March 14, 1932 when George Eastman, famed inventor, philanthropist, and founder of Eastman Kodak, invited a few loyal friends over to witness the rewriting of his will. He had made the decision to give a good portion of his money and prized possessions, including his enormous mansion, to the city he called home for his whole life- Rochester. To this end, he bequeathed his house and a $2 million endowment (about $34 million today) to the University of Rochester. Eastman also donated a large sum of money to dental dispensaries across the city, attempting to ensure that no child in Rochester would go without proper dental work. Finally, he left $200,000 (about $3.4 million today) to his beloved niece, Ellen.

Cheerfully signing the will, he assured his friends this was just a matter of ensuring his wishes. Later, it was thought that he also wanted his friends to see him mentally alert so the credibility of the will wouldn’t be questioned. After all the t’s were crossed and i’s were dotted, he asked if everyone could excuse themselves for a moment. When they did, George took out paper and pen and wrote a note, which read,

To my friends,
My work is done.
Why wait?
GE

Then, he took a pistol out from his nightstand and shot himself in the heart, ending his life at the age of 74.

So who was this captain of industry and why did he, quite cheerfully, suddenly choose to take his own life?

George Eastman, and his company, turned photography from a complicated, expensive, unwieldy, and potentially dangerous hobby (due the chemicals needed to develop the film) into one that, quite literally, a child could do. He was not only a genius inventor, but a brilliant marketer.

His story begins as it ended, in Rochester. The Eastmans always put a priority on education. In fact, George Eastman Senior founded Eastman’s Commercial College in 1854, the same year George Junior was born. The family was middle-class and living pretty comfortably, but this was short-lived. In 1862, when George was only eight, his father passed away from a “brain disorder.” His mother, Maria, was a now a widow with three small children, one of them (George’s youngest sister Katy) suffered from polio and other illnesses. Life was hard for the Eastman family after George Senior’s death and self-reliance became a necessary trait.

At age of 14, George dropped out of high school to support his family. He worked at a local insurance company and as a clerk at Rochester Savings Bank. Then, in 1870, tragedy struck again when his sister, Katy, passed away from complications related to polio. She was buried next to her father.

George, even at an early age, was meticulous, detailed, and controlling of every aspect of his own business. Starting when he got his first job at 14, he began keeping ledgers to detail his finances. Due to his careful planning and earning enough working at the bank, Eastman was able to afford certain luxuries. It was in one of these ledgers, under January 27, 1869 to be exact, that “photography” was first mentioned. As the months passed, besides helping to support his mother, George spent more and more money on “photos” or “photograph materials.”

In 1878, Eastman learned an important lesson – photography (at least at the time) was hard. The legend goes that he wanted to treat his mother to a vacation in Santa Domingo in the Dominican Republic (other sources say he was looking to buy land in the newly independent nation). Either way, to document his trip, he bought a photographic outfit. Cameras then are not what we think of cameras are today. An outfit included the camera (constructed from several parts that must be put together before taking pictures), a stand, a light, and wet glass plates (with chemicals) in order to preserve the picture. As Eastman later put it,

In those days, one did not ‘take’ a camera; one accompanied the outfit in which the camera was only a part. I bought an outfit and learned that it took not only a strong, but also a dauntless man to be an outdoor photographer.

Eastman, so fed up with everything he had to bring, not only didn’t take a camera, he didn’t take the trip at all. At this point, Eastman thought to himself that there had to be a better way.

For the next several years, while still working at the bank, Eastman developed a new kind of dry plate, one made out of gelatin (the same ingredient used in Jello, which would be invented twenty years later in a small town thirty miles from Rochester), not glass. Glass was heavy, fragile, and expensive. Gelatin was an improvement on all of these things. By 1880, he had patented a dry-plate coating machine made out of gelatin, making the process of preserving film negatives simpler, cheaper, and less dangerous.

While developing this process, he came across another innovation that would allow photography and, eventually, cameras to become something that wasn’t just for the professional. As described by Eastman,

He patented this film on March 4, 1884. That same year, Eastman and his associate William Walker developed a roll holder to hold the film. The invention of this revolutionary film wasn’t enough, though. What he really wanted to do was, “to popularize photography to an extent as yet scarcely dreamed of.”

In 1888, the name “Kodak” was thought up while playing with an anagram set with his mother. Eastman loved the word because it was simple, easy to pronounce and it started with a “K.” Said Eastman, “It became a question of trying out a great number of combinations of letters that made words starting and ending with ‘K.”

Kodak was officially incorporated as a company in 1890 and quickly rocketed to the top of the industry. Also that same year, Eastman introduced the first Kodak camera, equipped with his film. It cost $25 (about $640 today), but the most important thing was that the customer didn’t do the developing of film themselves- Kodak did. The customer would send the camera back (film and all) to the company for developing and processing. Their motto aptly illustrated this: “You press the button, we do the rest.”

He had now made it easy for anyone to take and have pictures developed. The next step was to change the camera from a luxury item or expensive hobby to something just about anyone could afford.

In 1900, the revolutionary Brownie camera, versions of which were so popular through the mid-20th century, was born. It cost only one dollar ($28 today) and was even marketed to children. For the next hundred years, George Eastman and Kodak would be synonymous with cameras and film.

For his entire 40+ years of heading up his own company, George Eastman was used to being in control. So, when he was diagnosed with a spinal condition in the late 1920s, forcing him to be confined to a wheelchair, it depressed him greatly. His mother, who lived with him until her death in 1907, was also in a wheelchair for the last years of her life. His baby sister was in a wheelchair until she died. He saw them suffer and Eastman did not want to go through the same long drawn out process. He also didn’t like that he felt this gave off an image of weakness. Eastman was used to being a man respected the world over, not an “invalid.” He mused greatly about death and illness, writing a friend,

God keep me from being like them (referring to family and friends who he had seen succumb to illness). Doesn’t it seem strange that the clearest minds I have ever known should be taken this way? That is the sad thing about illness.

So, by March 1932, he had enough. George Eastman wanted to go by his own hand, rather than the hand of illness and fate. So he tidied up all the loose ends of his life and, once complete, ended it immediately on his own terms.