Who Invented Rock, Paper, Scissors and What’s the Best Way to Win Consistently?

Jay Soy asks: Who invented rock, paper, scissors? Hand based games have been around seemingly as long as humans have been humaning. As to the exact genesis of Rock, Paper, Scissors, however, this appears to originate in hand games from China, supposedly going back about two thousand years, though primary documented evidence of this is scant. That said, the trail […]

END_OF_DOCUMENT_TOKEN_TO_BE_REPLACED

How Peanuts Became the Defining Comic Strip of Our Time

Today, Snoopy can be found on coffee mugs, greeting cards and blimps, and even has his own amusement park. But Charlie Brown’s lovable black and white spotted dog wasn’t always mainstream. In fact, when the comic strip first appeared in the 1950s, the dog and his Peanut friends were considered, to quote Time Magazine’s David Michaels, “the fault-line of a […]

END_OF_DOCUMENT_TOKEN_TO_BE_REPLACED

While it’s likely others had tried it before, the first surviving documented attempt of someone trying to turn something to gold in a (relatively) scientific fashion occurred around 300 AD. The proto-scientist in question was a Greco-Egyptian named Zosimos. During his lifetime, it’s thought that he wrote nearly thirty books about alchemy, but most of them have been lost to […]

END_OF_DOCUMENT_TOKEN_TO_BE_REPLACED

It was a record-breaking hot July night as three people, one man and two women, exited Chicago’s Biograph Theater. They had just seen Manhattan Melodrama, a crime film starring Clark Gable. As they left the theater at about 10:30 pm, a man standing at the door lit a cigar. While seemingly an innocent act, it was a signal. With little […]

END_OF_DOCUMENT_TOKEN_TO_BE_REPLACED

Nathan K. asks: How did Pomp and Circumstance get to be the tune always played at graduations? Every year, hundreds of thousands of students march across a stage in a gown and a squared hat to receive a piece of paper that says they’ve completed a particular phase in their education. This school graduation will undoubtedly be marked by cheering, […]

END_OF_DOCUMENT_TOKEN_TO_BE_REPLACED

It was a cool California November afternoon in 1947 when the HK-4 Hercules, also known as the Spruce Goose, finally flew. It was supposed to be a simple taxi test, nothing more than motoring through the water of Long Beach Harbor to show off its speed and test out the plane in open water.  But having endured years of people mocking […]

END_OF_DOCUMENT_TOKEN_TO_BE_REPLACED

Only nine months after the near-disaster of Apollo 13, NASA decided to try again with Apollo 14. For the mission, three astronauts were chosen – Edgar Mitchell, Alan Shepard, and Stuart A. Roosa.  Shepard had already earned international fame for being the first American, second human overall, in space in 1961, funny enough soaking in his own urine owing to […]

END_OF_DOCUMENT_TOKEN_TO_BE_REPLACED

Who was the Red Baron?

It was a century ago when famed World War I German fighter pilot Manfred von Richthofen was fatally shot out of the sky. Yet, his nickname – “Red Baron” – remains part of American vernacular. Charles Schulz’s comic strip character Snoopy famously took on the Red Baron in his imaginary air battles aboard his doghouse, often yelling “Curse you, Red Baron!” […]

END_OF_DOCUMENT_TOKEN_TO_BE_REPLACED

For 15 years, Gary Larson took millions of readers over to the “Far Side.” Using anamorphic animals, chubby teenagers, universal emotions, a simple drawing style and a really bizarre, morbid sense of humor, The Far Side became one of the most successful – and praised – comic strips of all time. But like many cartoonists, Larson has remained rather elusive. […]

END_OF_DOCUMENT_TOKEN_TO_BE_REPLACED

Every spring, a sort of illness strikes millions of Americans. Symptoms include screaming uncontrollably in celebration, panic sweating, obsessing over hastily filled-out brackets, sitting motionless in front of a television for hours, and wearing the bright colors of a college individuals attended many years ago. It’s called “March Madness” and it’s arguably the most popular sporting tournament in America. But […]

END_OF_DOCUMENT_TOKEN_TO_BE_REPLACED

John I. asks: Is there anyone buried in the tomb of the unknown soldier or is it just all symbolism? It’s Armistice Day, November 11th, in the nation’s capital. It is a brisk day at Arlington National Cemetery. Dignitaries stand silently on the third anniversary of the ending of World War I, watching as a single white casket is lowered […]

END_OF_DOCUMENT_TOKEN_TO_BE_REPLACED 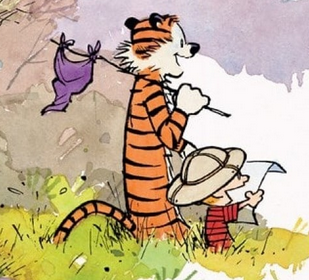 It was on November 18, 1985, when Calvin met Hobbes. As the first appearance of this legendary comic strip shows, Calvin sets a trap for a tiger using a tuna sandwich because “tigers will do ANYTHING for a tuna fish sandwich.” Sure enough, hanging by one foot and munching on the sandwich, Calvin’s freshly caught tiger confirms this, “We’re kind […]

END_OF_DOCUMENT_TOKEN_TO_BE_REPLACED 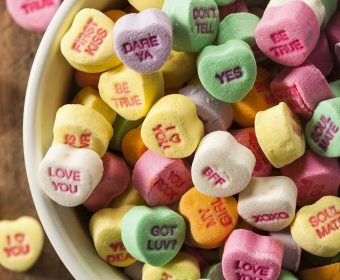 While not thought to be directly related to modern Valentine’s Day traditions, the beginnings of celebrating love (of a sort) in February date back to the Romans. The feast of Lupercalia was a pagan fertility and health festival, observed from February 13th through the 15th, that was celebrated at least as far back as 44 BCE (the year Julius Caesar […]

END_OF_DOCUMENT_TOKEN_TO_BE_REPLACED

Why We “Drop” the Ball on New Year’s Eve

Jeremy asks: Why do we drop the ball on New Year’s eve in Times Square? dropping-the-ballWhen Adolph Ochs purchased the floundering New York Times in 1896, he made it his mission to make the newspaper the number one paper in all of New York. He started by forming the New York Times Company and made himself the majority owner, ensuring […]

END_OF_DOCUMENT_TOKEN_TO_BE_REPLACED 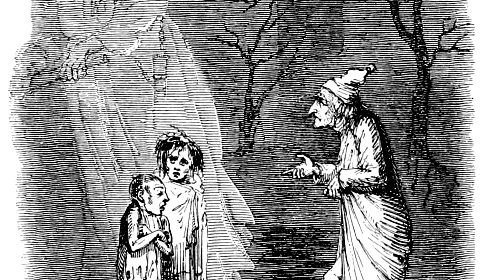 For all the things that Charles Dickens’ “A Christmas Carol” is known for, Tiny Tim, a relatively minor character in terms of appearances in the story (but, importantly, one of wholesome heart despite his physical condition), was one of the characters that Dickens wanted people to pay the most attention to. After all, he wrote “A Christmas Carol” to bring […]

END_OF_DOCUMENT_TOKEN_TO_BE_REPLACED 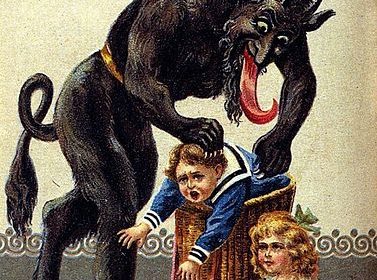 Santa Claus has long been the symbol of Christmas, bringing joy and presents to all the good girls and boys. But if you are child in Germany, Austria, and other parts of the Alps region, there may be something much more dark, mischievous, and grumpy hidden in the shadows next to dear old St. Nick. That something is Krampus, the […]

END_OF_DOCUMENT_TOKEN_TO_BE_REPLACED

Unlike Santa, elves or even clean coal, reindeer are real. They may not fly, but there’s a good deal of truth around the many myths of Christmas’s favorite animal. Yes, they do live in extremely cold conditions. Yes, they are known to pull sleds. And, yes, their noses really do turn a shade of red given the right conditions. First […]