June 28, 2014 Daven Hiskey
This is a weekly wrap of our Daily Knowledge Newsletter. You can get that newsletter for free here. 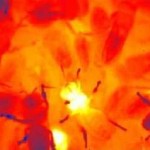 Up until only a few years ago, it was thought by many scientists that Honey bee hives were kept warm by pupae in the brood and that the bees would often congregate there to warm themselves up from the pupae.  Recently, this was found not to be the case when a new Honey bee job was discovered, that of “heater bees.”  Bees of almost all ages can perform this function by either vibrating their abdomens or they can also decouple their wings from their muscles, allowing them to vigorously use these muscles without actually moving their wings.  This can heat their bodies up to about 111° Fahrenheit (44° C), which is about 16° F (9° C) hotter than their normal body temperature. Another new discovery that went with this was why queen bees leave… (more) 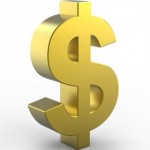 his symbol first showed up in the 1770s, appearing in documents of English-Americans who had business dealings with Spanish-Americans.  However, it wasn’t until the very early 1800s that it became popularized, around the same time as the first official U.S. dollars were being minted.  Previous to this, the symbol had already been in use as an abbreviation for names of Spanish currency, namely as an abbreviation for the Spanish peso “p”.So how do you get from a “p” to the dollar sign, “$”?  When writing financial documents referring to pesos, it was common to abbreviate the peso, for instance, “1 peso” to “1 p”.  However, when pluralized, as in “1000 pesos”, it becomes… (more) 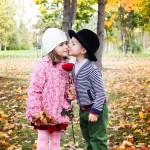 Making Out. Snogging. Canoodling. Kissing. An activity that is teetering on the edge of gross when viewed objectively, but one that most everyone enjoys in practice. But why do we kiss? What compels us to attach our lips to the lips of another human being? Or push the envelope even further and do the microbial tongue tango?Kissing has been a noteworthy activity throughout history. The earliest literate culture, the Sumer, described both standard and tongue kissing in their poetry. The couple thousand years old Indian Kama Sutra, the ancient guide to getting-it-on, devotes an entire chapter exclusively to various modes of creative lip-locking. Herodotus mentioned kissing among the Persians, who greeted those of equal status with a non-romantic kiss on the mouth, but those of lower rank with a… (more) 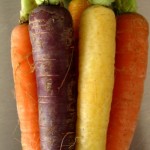 The modern day orange carrot wasn’t cultivated until Dutch growers in the late 16th century took mutant strains of the purple carrot and gradually developed them into the sweet, plump, orange variety we have today.  Before this, pretty much all carrots were purple with mutated versions occasionally popping up including yellow and white carrots.  These were rarely cultivated and lacked the purple pigment anthocyanin. It is thought that the modern day orange carrot was developed by crossing the mutated yellow and white rooted carrots as well as varieties of wild carrots, which are quite distinct from cultivated… (more)

As with so many things in history, we can’t know with 100% accuracy why men’s and women’s clothes button up the opposite way. (Even something relatively recent like who invented Buffalo Wings is up for debate despite being invented only about a half century ago.) But there are several theories floating around on the button front, one of which is particularly plausible.The most widely touted theory by far is that the practise of reversing buttons on men’s and women’s clothing stems back to the time of elaborate dress of gentlemen and ladies when upper-class women, particularly during the Victorian era, wore so many layers that it was necessary for them to be dressed by a servant or maid. As such, it became customary to make clothes for women that were slightly easier for other people to button up, specifically… (more) 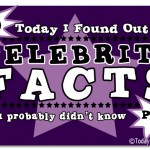 The Wilhelm Scream and the Purple People Eater: Often called the “Star Wars Scream,” the Wilhelm scream can be heard in numerous movies as characters fly through the air. While there is no way to be 100% sure who owned the magical vocal chords of the person who made that momentous scream, the lead suspect has long been actor and singer/songwriter Sheb Wooley- the man most famous for the song “Purple People Eater.” Wooley had an uncredited part in the first film the scream was heard in, a 1951 film called Distant Drums, starring Gary Cooper as Captain Quincy Wyatt. At one point during the film, Captain Quincy is leading his soldiers through a swamp when one of them gets attacked and dragged under by an alligator, screaming in the process. During post-production recordings, Wooley recorded… (more) 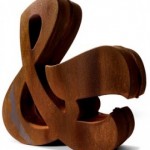 The symbol for “&” comes from combination of letters in the Latin for “and”, “et”.  Specifically, in Old Roman cursive, it became common to combine e’s and t’s, which produced something like this: Over the next six centuries the ampersand gradually became more elaborate until we get the form of the symbol that is used today: The name for the symbol, “ampersand”, didn’t commonly come into use until the 19th century, from “and per se and”, meaning more or less: “and [the symbol] by itself is and”.  Classically, when the English alphabet was spoken, “per se” commonly preceded any letter of the alphabet that could be used as a word by itself, such as “A” and “I”, as well “O”, which at one point could be used as a standalone word.  Further, the ampersand symbol…(more) 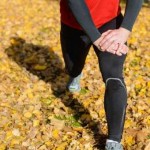 Cramps come in four categories: True cramps, Rest cramps, Tetanic cramps, and Dystonic cramps.  The most common of these is the True cramp.  While there are different causes of muscle cramps, like the involuntary contractions associated with seizures, we’ll focus on muscle cramping related to athletics, as this is the most common. Our bodies are composed of over 700 muscles that work together. Occasionally, involuntary contractions of one or more of these muscles will cause a cramp or spasm. A muscle cramp may involve a single muscle, part of a muscle or a number of muscles that work in synergy. Although most skeletal muscle cramps occur in foot and calf muscles, other muscles such as the thighs, arms, hands, and abdomen are also prone to spasms. No one knows for sure the exact mechanism that causes people to cramp during exercise… (more) 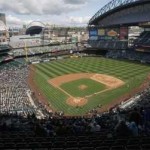 Most of us have had the opportunity to stand in awe as our eyes perceive the beauty of a perfectly mowed grass in a baseball stadium. Stripes, checkerboard style, or even artistic expressions add flair to a baseball field. But how exactly do they get these patterns in the grass?  Some say the grass is mowed at different heights or is colored to achieve the effect, but neither assumption is true. Rather, patterns in the grass have everything to do with how the grass is bent, which affects how the light hits it. When the light from the sun hits the grass, the color changes tone depending on how it is bent, which allows the creation of the checkerboard or designed effect. Specifically, strips of grass will appear lighter in color when the sunlight reflects off the full length of grass blades.  Thus, the lighter grass is very likely bent away from you. The sections of grass that appear darker in color are a result of the sunlight reflecting off just the tops of the blades because the grass in these areas are bending toward… (more) 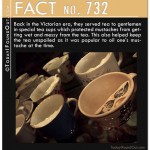 The Top 55 Quick Facts of the Year

It’s been about a year since we did our last “Top Quick Facts” post here on TodayIFoundOut, so here are 55 of our favorites from all the quick facts we’ve posted since last summer. (And if you’re interested, here’s last summer’s top quick fact list).