June 17, 2014 Kathy Padden
Stefan asks: Why do we still have pubic and armpit hair when we lost most of the rest of the hair on our bodies? What purpose does it serve? 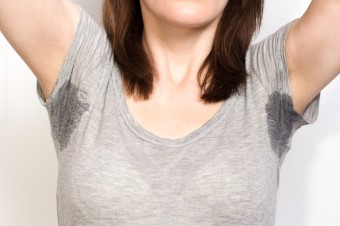 It’s a biological mystery that has perplexed humanity through the ages – especially in recent times when so many of us go to such great lengths to remove it. What useful purpose could pubic and armpit hair possibly serve? Is it just Mother Nature playing a sick joke on us? Does she own stock in Gillette?

Although there’s no definitive answer, plenty of theories abound as to why human beings have hairy armpits and pubic regions, one of which seems pretty reasonable.

One theory that’s not quite as reasonable, though still slightly plausible, is that the hair’s purpose is to reduce friction. Skin constantly rubbing against skin can cause major discomfort to our sensitive bits, and armpit hair is thought to act as a barrier against such rashes and irritation and perhaps even reducing the chances of acquiring an STD by providing something of a buffer. Sounds logical enough, but how many people complain about armpit irritation that is not caused by shaving itself? And the STD thing doesn’t really come in play with the pits… at least, not in most cases. (We don’t judge.)

As far as pubic hair acting as friction protection during sexual intercourse as some suggest – it would take an awful lot of, um, enthusiastic sex to warrant a permanent buffer. If this is necessary in your case, we at Today I Found Out salute you.

Another suggestion as to the reason for pubic hair in particular is that it acts as a genital blanket of sorts. This seems plausible until you consider the location of male pubes, which really don’t keep the important bits all that cozy. Also, females would have hairy lower torsos to keep their internal reproductive organs toasty, and that’s not the case, thankfully.

It seems Mother Nature did a great job of providing women with perfectly placed pubic hair to keep dirt from entering the vagina, but the guys have no such protection around the urethra. At least for females, genital tresses perform the same protective function that cilia do for the nose, and brows and lashes do for the eyes.

But, as with many things in nature, the leading theory as to why we still have pubic and underarm hair is to increase the chances of getting lucky. This is perhaps backed up by the fact that unlike hair on your head, armpit and thick pubic hair tend to show up during puberty, around the same time your apocrine sweat glands become active and begin secreting an oily substance containing a variety of proteins and the like. These apocrine glands are, among a few other places, concentrated in your armpits and genitals, unlike your other main type of sweat gland, eccrine glands, which are distributed pretty well throughout your body. Pubic and armpit hair also usually begins to thin out significantly starting around when people hit their fifties, perhaps another indicator it’s all about finding a compatible mate.

More specifically, it is theorized by some that the hair exists for the purpose of getting soaked in potent mate-attracting pheromones. This initially odorless secretion turns into a musky smell after various microbes have their way with it; a potential mate picks up the scent and their body uses it as an indicator that you are ready to make the beast with two backs, or whatever the kids are calling it these days.

Further, whether consciously detected or not, each individual gives off a slightly different scent thanks to something known as the Major Histocompatibility Complex (MHC).  Studies, such as one having women smell the armpits of t-shirts previously worn by various men who in turn wore no deodorant or the like, have shown that people with dissimilar MHC feel more attracted to each other (and, in fact often become aroused when catching a whiff of such a person). While the research is not yet wholly conclusive, there is even some evidence that when these two with such differing MHC make a baby, they can expect a lower than average rate of miscarriage. It is also thought that greater genetic diversity results in offspring being less susceptible to disease, both suggesting an evolutionary benefit to heading what your nose is telling your brain about a person based on apocrine secretions.

Thus, the theory goes that because the hair naturally wicks these secretions away from the skin, it allows for better ventilation and a more prominent smell than you’d achieve without it.